We should find out how exactly the new anti-copyvio abusefilters on Commons (https://commons.wikimedia.org/wiki/Commons:Abuse_filter/Automated_copyvio_detection) are affecting uploads (how many fewer uploads there are by each tool, and how much the percentage of "good" (=not deleted) uploads improved). And maybe close T120867 is the effect is nice.

I'll dig up my old code from T120867 (https://github.com/MatmaRex/commons-crosswiki-uploads) and try to rewrite it into something that can be run more quickly (fewer big API downloads with results parsed by bespoke scripts, more SQL queries).

My queries are for the period of 2016-07-01 to 2016-08-20 (a month ago). This is to not show recently uploaded files which have not been triaged yet. (And conveniently it avoids the WLM contest, which results in new users uploading two times more files than normal and messing up my stats.)

The big anti-copyvio filters were enabled:

And now here's the stuff for real:

From bottom to top: cross-wiki uploads, UploadWizard, GWToolset, VicuñaUploader, Magnus' tools (mostly Flickr2Commons), Android and iOS apps, and everything else (including Special:Upload).

All uploads, by all users 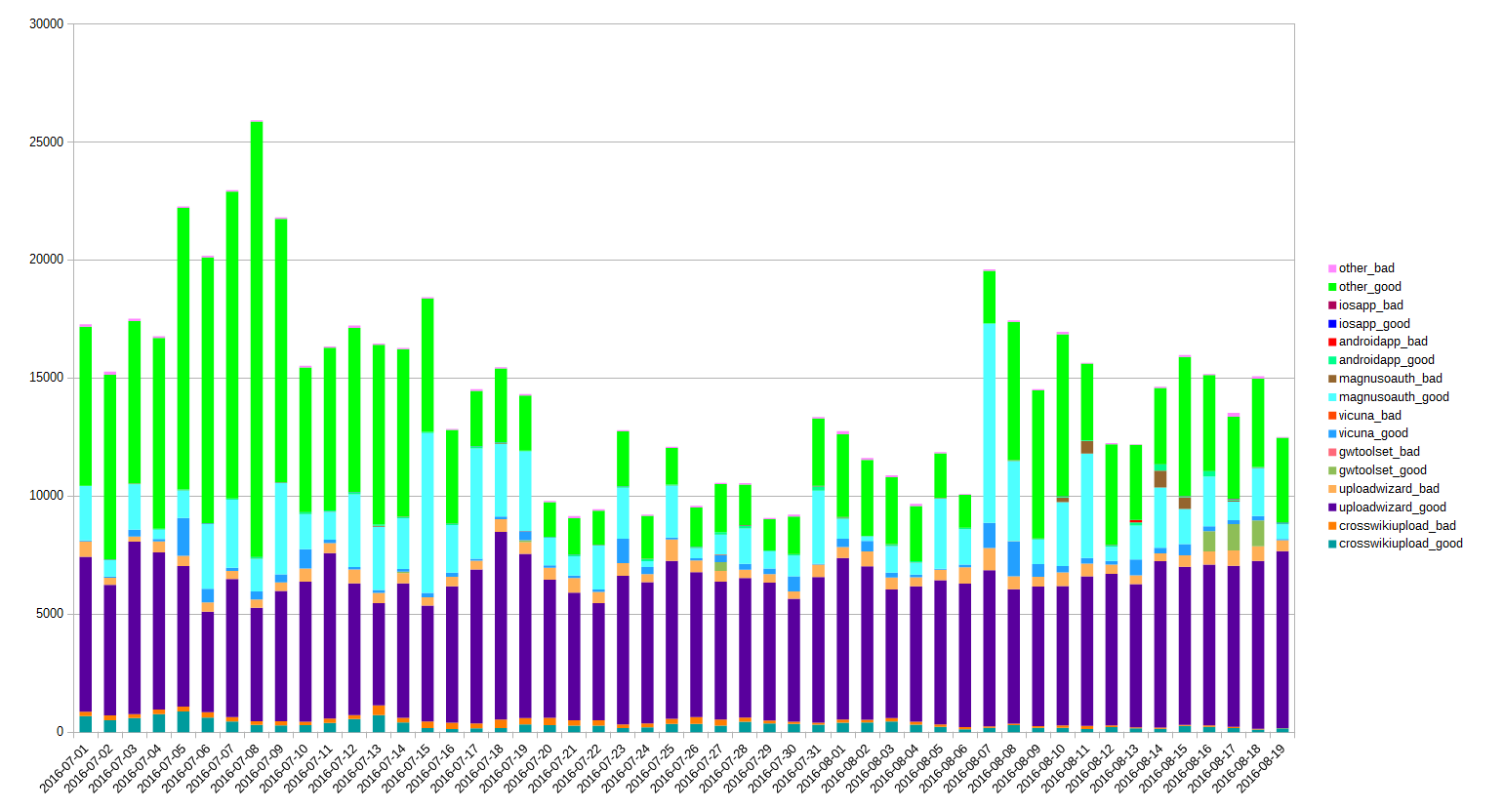 This one is really rather uninteresting. I'm mostly including it to show the relative magnitude of cross-wiki uploads, UploadWizard uploads and everything else. But you can see the number of cross-wiki uploads (teal and orange slivers at the bottom) decrease. UploadWizard uploads look unaffected, and other uploading tools already have huge variances (presumably people mostly use them for big batch uploads).

This only includes files which were the very first file uploaded by a given user. Note the different scale from the previous chart. 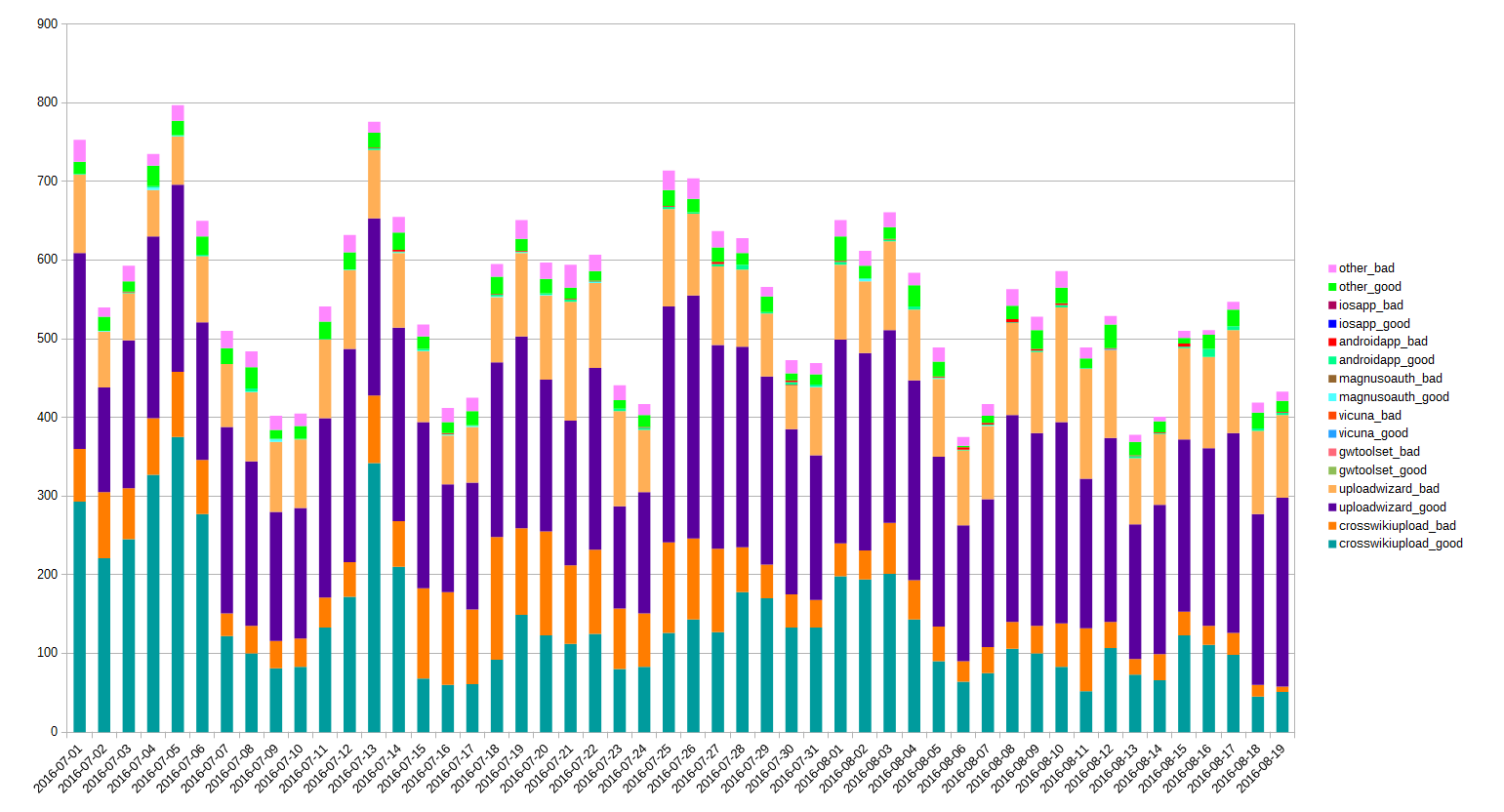 So yes, number of cross-wiki uploads decreases noticeably, and their quality also noticeably increases. It doesn't seem to line up very well with the dates that the filters changed though? Probably just random noise.

Uploads by UploadWizard and other tools don't seem to be affected.

Once again I'd like to note that the quality of the upload is mostly independent of the tool which was used to upload it. New users just upload copyvios, no matter how many steps they have to click through and how many big red warnings they are shown. 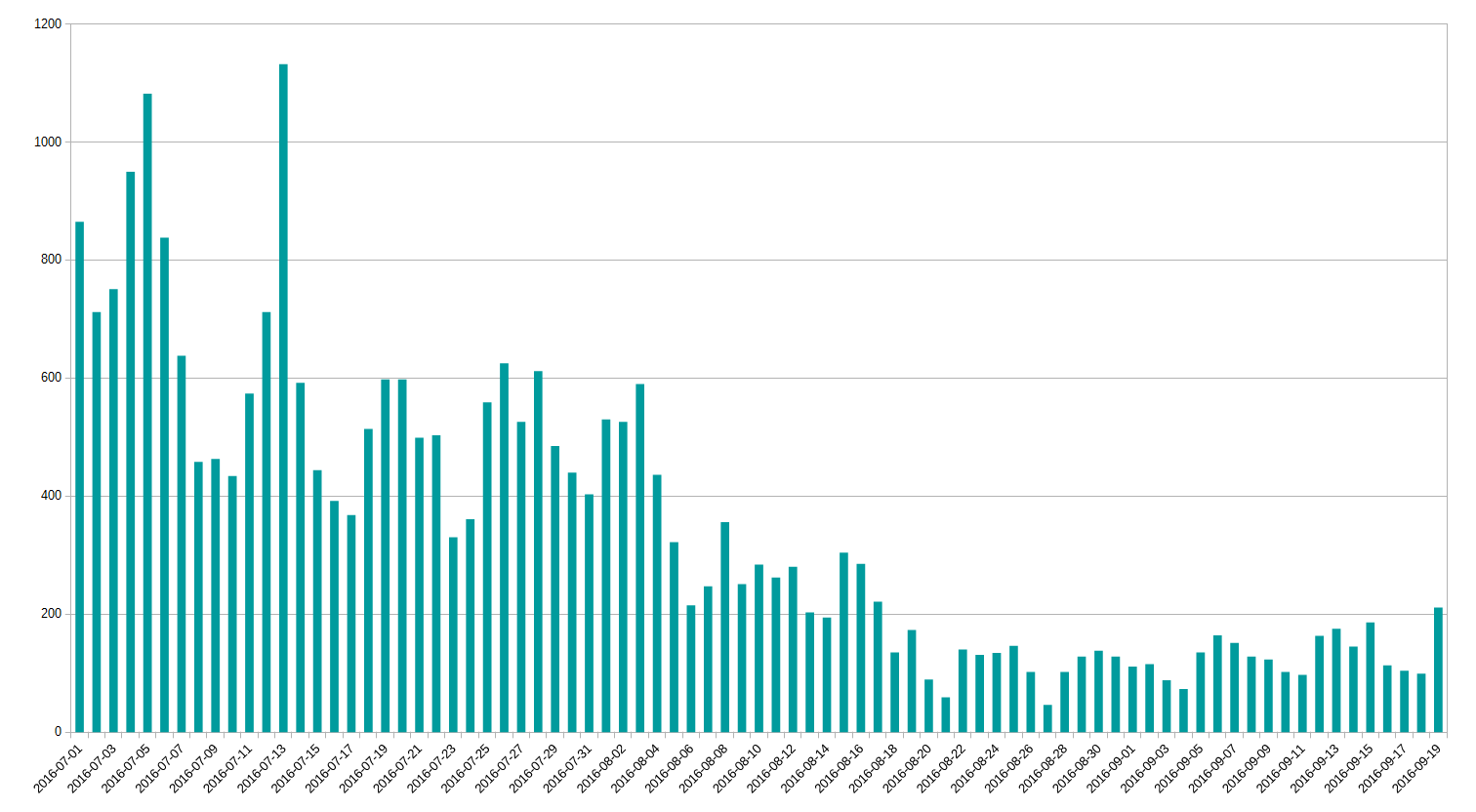 Just in case previous charts did not convince you, here's a simple query to just count the number of cross-wiki uploads. It has decreased a lot. (This one goes up to today.)

@matmarex: Actually, from the last graph I see there is a slight change of trend just around the cutoff date for the rest of the graphs (from abruptly down to slightly up). Is it related to WLM or some other software change that was made around that time?

I don't think there were any software changes which could cause that, perhaps one of the abusefilters was relaxed a little bit and I missed that. Perhaps it's just caused by the normal long-term growth of the number of users. Or perhaps it's a seasonal change. Or perhaps it is indeed WLM. Or perhaps someone worked out what the filters reject and how to work around it. Or maybe it's just random. I honestly don't know :) 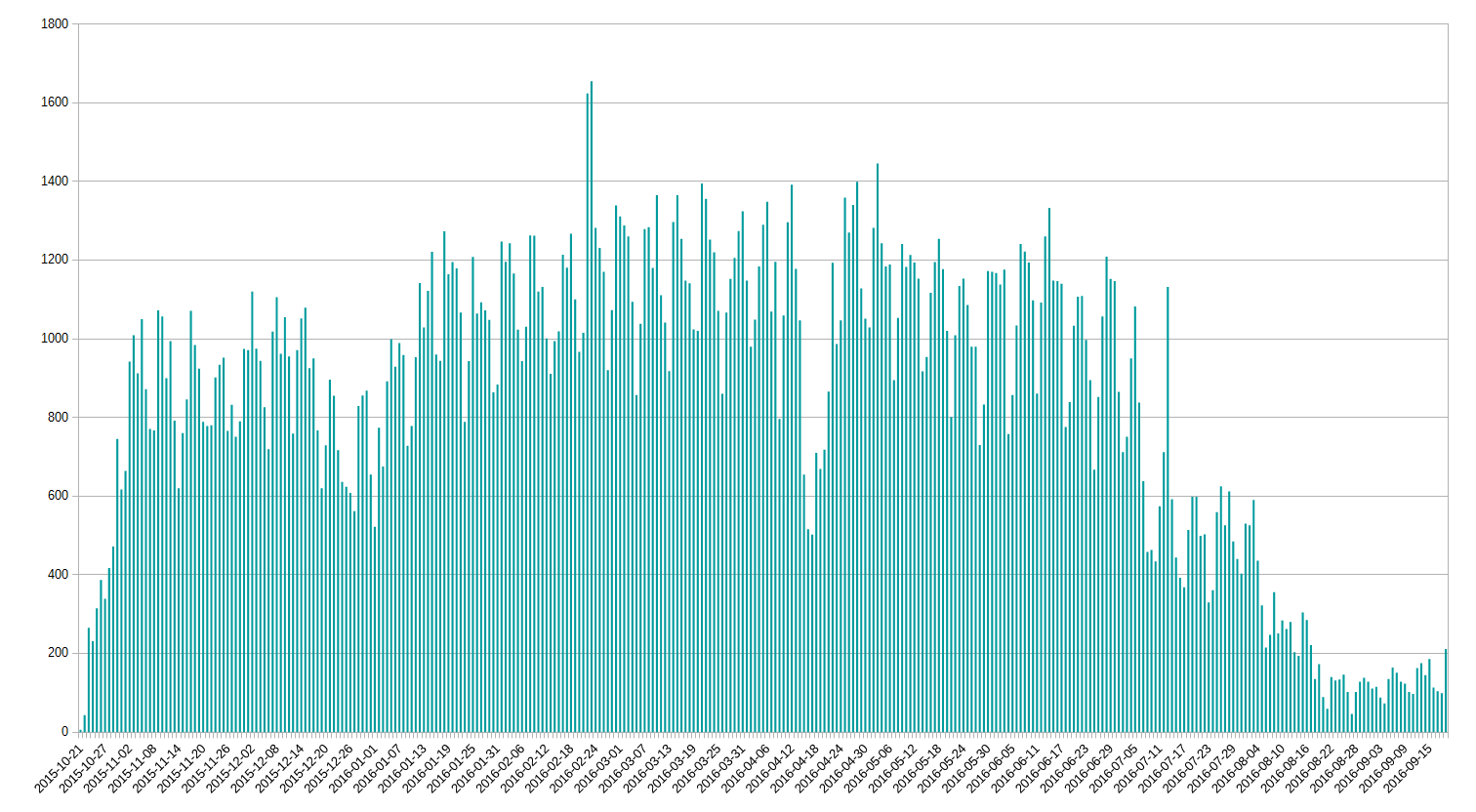 An interactive visualization of the CSV files that @matmarex shared - https://prtksxna.github.io/upload-stats/. Clicking around will show that bad uploads are correlated with new users no matter the tool. Hope it helps.

An interactive visualization of the CSV files that @matmarex shared - https://prtksxna.github.io/upload-stats/. Clicking around will show that bad uploads are correlated with new users no matter the tool. Hope it helps.