Assigned To
Authored By
Tags
Subscribers
View All 12 Subscribers

There is an initiative in progress to update the general icon set (M229) to better align to the design guidelines.
Since the icons used for notifications, reuse several of the concepts defined in the general icons, we need to update the notification icons to match the new style. That will also solve the current inconsistency where icons based on the speech bubble shape point to different directions (T161330).

An initial proposal for adjustment is shown below. Icons marked as "reused" are existing icons from the general repo. 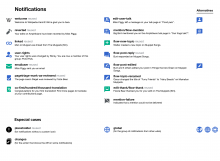 @Pginer-WMF can you provide links to updated icons here?

@Rammanojpotla For now there's a Gerrit patch with the overhauled icons at https://gerrit.wikimedia.org/r/#/c/400091/
We're also planning on making the icons downloadable as SVGs in the https://wikimedia.github.io/WikimediaUI-Style-Guide/ in near future after the patch got merged.

I adjusted several of the icons based on feedback, and updated the image in the ticket description.

Can you attach SVGs?

I think the new cog icon is little harder to read at smaller sizes, the old version was clearer:

Thanks @Esanders and @Volker_E for your feedback. My comments below:

I think the new cog icon is little harder to read at smaller sizes, the old version was clearer:

I tried to apply the guideline of having the modifiers inside the main shape, as opposed to having multiple shapes. However, unlike the article shape, the user icon does not provide much surface to be used as a canvas. I think it makes sense to go with the old approach and have separate shapes (human + cog) for this case unless/until anyone has a better suggestion for integrating them. I've updated it.

I already adjusted it with respect to the previous version. Bringing the latitudes together make it look a bit more dense to me, but I added the comparison between previous, current, and the one you suggested (as I interpreted it):

As a reference, the current one has their lines separated at regular intervals: 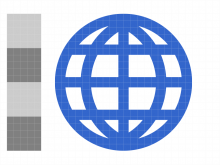 Yes. Both have pros and cons. I have a slightly preference for the new representation (with less elements and bigger shapes), but decided to keep the current one as the default since the change also involves using the same symbol for "flow-post-edited" and "flow-topic-renamed". So I opted for being conservative and consider the merging of symbols later once there is stronger support for the alternate symbols.

Good catch. The simplified version was useful for small sizes when the main pencil shape was more complex. With the new one there is no need for it. I've updated it.

Can you attach SVGs?

I created the icons in an illustrator file, my idea was to let @Volker_E to export them as SVGs since he may do some SVG optimization and cleanup.

There seems to be a small misunderstanding, which globe I was referring to – I was referring to the alternative with just two inner latitudes on the right of your proposal.
As comparison the Firefox Mobile one, that I think is working very well:

The only icon in the repo not updated by this is 'mention-failure':

Looks good to me!

I got a "flow-topic-renamed" notification, and the icon looks different than expected. The pencil seems too close to the bottom edge of the speech bubble:

This is a zoomed version of the reference icon in the design document, where a larger padding is used: 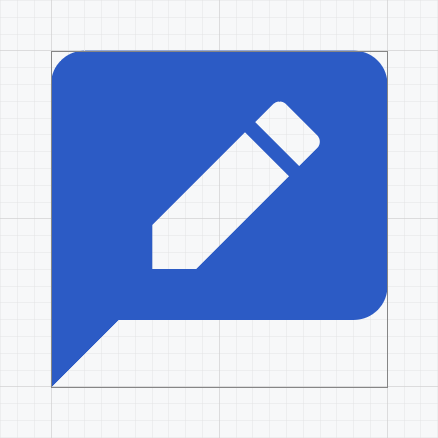 @Volker_E, do you know if this may be due to some export issue?

Another inconsistency I noticed is that the speech bubble size for "flow-new-topic" and "flow-topic-renamed" is different: 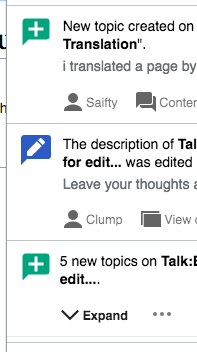 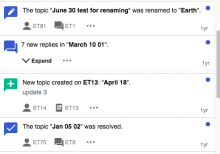 "flow-topic-renamed" notification [...] the icon looks different than expected. The pencil seems too close to the bottom edge of the speech bubble

I checked the icons in betalabs (also checked them for IE and mobile (MinervaNeue)) - they look consistent across browsers/skins. Two very minor things: 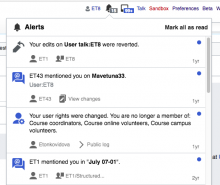 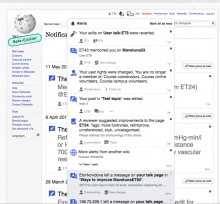 Thanks @Etonkovidova, 'globe' was intended to feature such simplification. I don't see the other things as problematic or stoppers here. Let's resolve this and file follow-ups if other users see any issues.