As part of the success metrics identified for Content Translation version 2, we want to get more newcomers using the tool.

We want to measure the number of (new) editors that use the tool over time.

An example representation is shown below, where the evolution in the number of users (newcomers starting at least one translation) is represented over time. For "existing editors", either a separate visualization of the same kind, or a new graph in the same visualisation can be used. 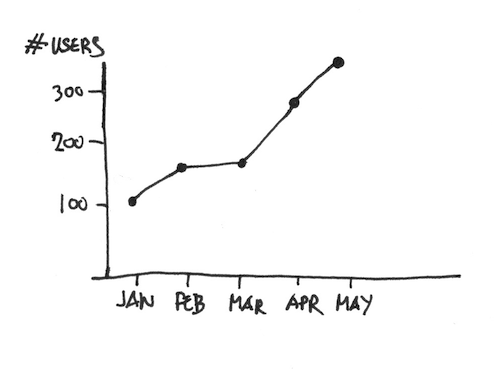 @Pginer-WMF, do you want the Product Analytics team to work on this, T194647, T194648, and T194650? If so, we can definitely consider it although you should note that (1) it may take a few weeks to triage since we're working through a big backlog right now and (2) we'll continue to be very capacity limited until our new data analyst starts, hopefully in 2-3 weeks.