Seen on https://en.wikipedia.org/wiki/Baton_Rouge,_Louisiana when hovering over Louisiana 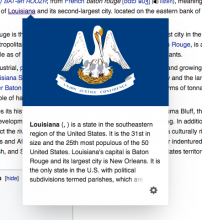 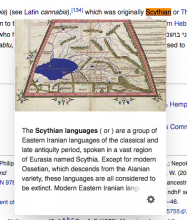 Note we currently do not scrub single words without whitespace e.g. (IPA)
MY guess is we are not considering the whitespace inside (, ) and ( or ). We also shouldn't consider ',' a character for this purpose.

Moved to the backlog for triage.

I've checked those urls and they seem to behave well now. 👍

We didn't change any summary code. The changes were made on-wiki, wrapping the extra strings with <span class="noexcerpt">:

Not sure if that really counts as resolved.

Cool, thanks for checking!

I'm leaving it as normal for now, we'll get to it.

Added these pages to our list of summary test pages.

TBH the test pages above won't help much and seem redundant tome. Pages are constantly changing and this was unrelated to templates. If you want a test case I'd recommend using the beta cluster and using the text it was at the time of the problem:

I can still replicate this issue in the MCS, so it's probably still happening (as we're dealing with user created content here), albeit it's hard to know where. I've added a developer note to the ticket to show how this can be replicated locally and added some tests to show where the problem is.

TBH the test pages above won't help much and seem redundant tome. Pages are constantly changing

That's why I also specified the revision for these pages where the issue still occurs. This is just a list we're compiling for problematic pages for the summary, so we can quickly see with the compareExtracts.js script when there are regressions when changing the summary code. Of course having a unit test is better. So, thank you for adding that.

Got it. My bad, I misunderstood what those tests were doing. Thanks for the clarification.

I keep hitting this one in the wild, a constant reminder this bug is still open. Here's a recent example I saw today: 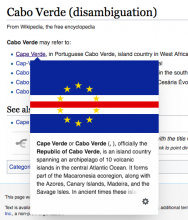 Reason:
im no longer working on the summary endpoint.