This is a rather widely used module on enwp that prevents the usage of global variables. It seems like this would be useful to have integrated into Scribunto itself (working on the assumption that globals should be avoided).

(working on the assumption that globals should be avoided)

That indeed is an assumption. I see no particular reason for Scribunto to enforce this.

If someone wanted to make it a pure-Lua library like bit32.lua that people could load on demand, meh. It would have to be relicensed or reimplemented though.

(working on the assumption that globals should be avoided)

That indeed is an assumption. I see no particular reason for Scribunto to enforce this.

I based it off of http://lua-users.org/wiki/ScopeTutorial, which says:

The general rule is to always use local variables, unless it's necessary for every part of your program to be able to access the variable (which is very rare).

Also partly my Python-bias where things are local by default, and that's the way I expect it.

If someone wanted to make it a pure-Lua library like bit32.lua that people could load on demand, meh. It would have to be relicensed or reimplemented though.

Ack, yeah, I was thinking it would roughly work the same in that people would need to manually require/enable it. 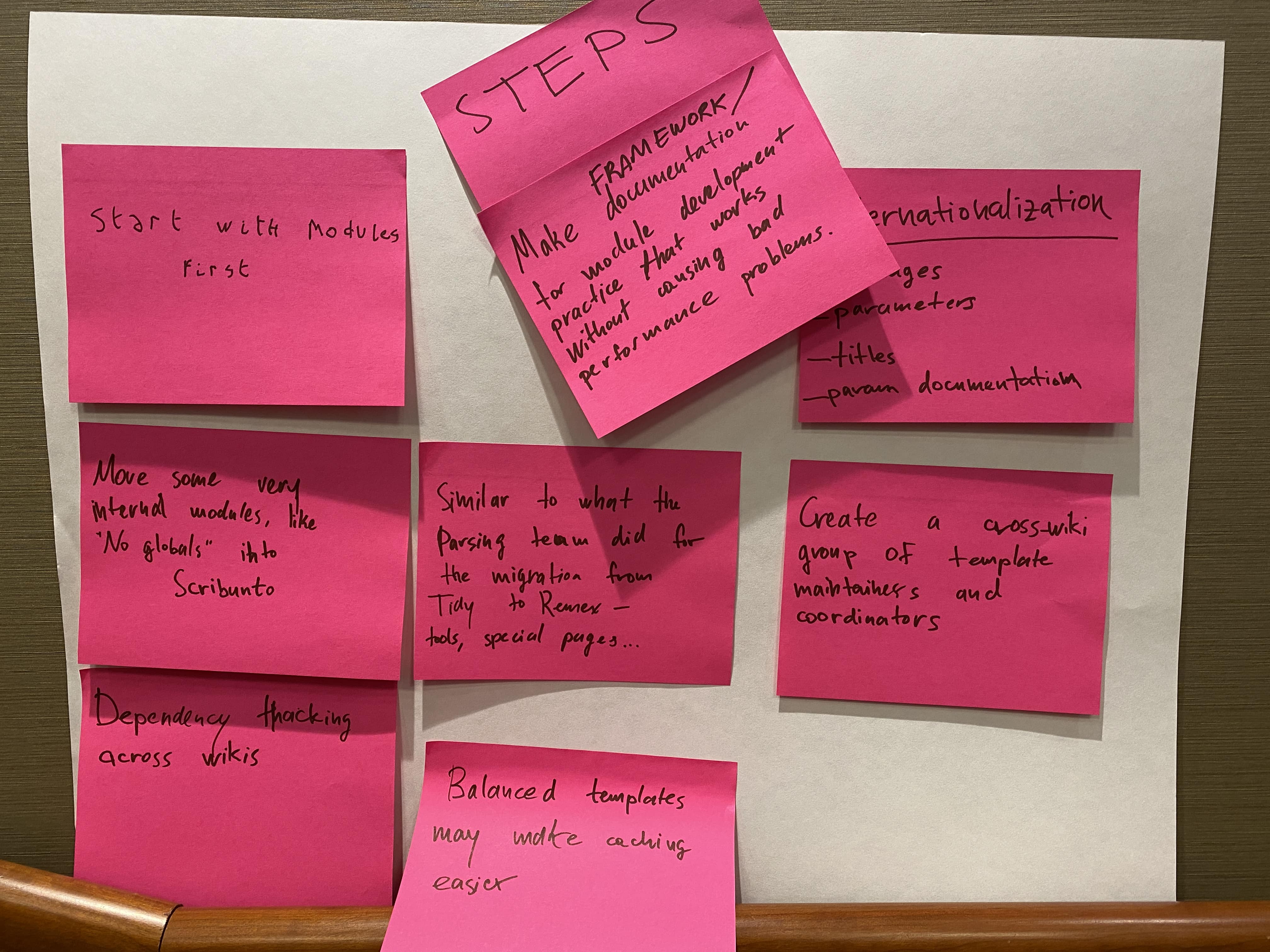 There's no obvious reason Scribunto should unconditionally enforce this when Lua as such doesn't, but that's an issue of defaults and somewhat orthogonal, IMO.

Looking at it with Perl eyes, things like "No globals" would be implemented in a module, but in a core module (as in, distributed with the interpreter) so it is always available as if it were a monolithic part of the language. It would act as a pragma, so it affects the interpreter's behaviour at compile-time. Since it acts like a module it can be turned on and off by the user (developer). In Perl land the nearest extant example would be something like "use strict;" that can be negated by "no strict;" (it has lexical scope). And its default can conceivably be affected by things like command-line switches passed to the interpreter (i.e. perl -w script.pl turns on use warnings;, and it can be disabled within a given lexical scope with no warnings; or its behaviour modified with no warnings 'experimental';).

In other words, I think some modules that behave roughly within the envelope of what could be called "pragma" (try to modify the language or interpreter behaviour) could beneficially exist as "core modules" distributed with Scribunto.

There's a similar case to be made for moving basic functionality into the standard library, but modules that operate that close to the language layer itself are somewhat of a special case.

Whether No globals and Log globals are good candidates for this I have less input on, but at least superficially they would seem to be reasonable to consider as examples if nothing else.

I discovered http://www.lua.org/extras/5.1/strict.lua today, which I think nicely covers most of the issues above, especially the licensing one. I'll work on integrating it as a "pure-Lua" library that Anomie suggested above. Invoking it as require( 'strict' ) fits nicely with Xover's comparison to Perl's use strict;.

As of today, on the English Wikipedia, "Module:No globals" is used on 32% of all pages, which I think justifies the move into Scribunto itself.

I've documented this at https://www.mediawiki.org/wiki/Extension:Scribunto/Lua_reference_manual#Strict_library and will add a note in Tech News \o/

I've seen a bunch of questions recently from third party users about module "strict" missing when they copy templates from wikipedia. Since copying wikipedia templates is such a common use case, and so many will use strict, I went ahead and backported this change.