CX2: Partially blocked users get saving and publishing errors for pages they are allowed to create
Open, MediumPublic
Actions

Partial blocks allow admins to block users from editing certain specific topics. A Content translation user partially blocked on X, should not be able to publish (and overwrite) article X, but is allowed to create content for other pages.

Currently, a user partially blocked is not able to publish for other pages that the user is not blocked on. The console shows errors both when the in-progress translation is saved, as well as when the "publish button" is pressed. For example, in Test Wikipedia using CX2, a user blocked on the article "lemonade" that was not able to publish "Lemon": 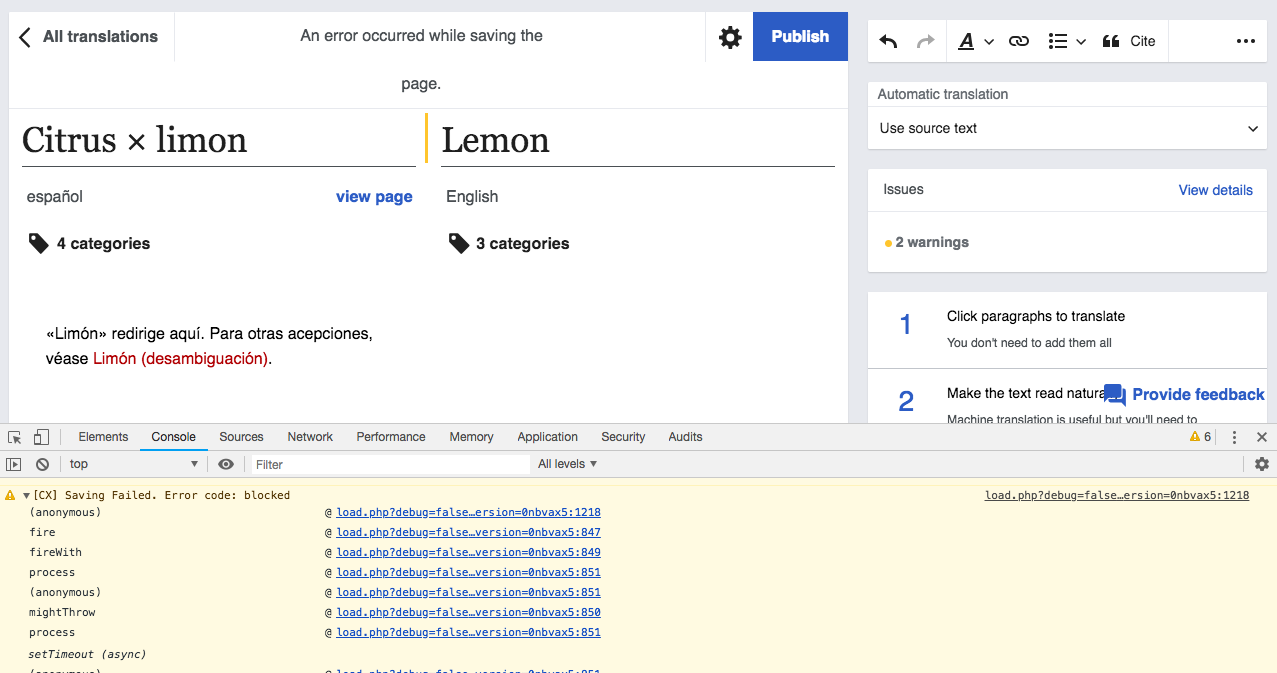 Note that the same errors happen when trying to work on the articles the user is blocked on. In that case, it is expected that publishing is not allowed, but better communication should be provided (which is captured in a separate ticket: T209967: CX2: Communicate user blocked status)

Errors on a similar situation were reported on T209744: Blocked users get multiple errors when translating article - translations are not saved, but the reported errors seem to be different and CX1 was used instead. We may want to check if both cases respond to the same underlying problem.