This project will make it easier for developers around the globe to use the API's provided by MediaWiki and thus expanding the user base of MediaWiki.

I have been an active member of the community since December and have been contributing to other sister projects of the WikiMedia foundation. After the announcement of the GSoC project ideas, I was deeply interested in the aforementioned project and I also made a few contributions to the project. I also have been in regular contact with mentor Srishti Sethi on Zulip as well as on phabricator.

The project will involve writing code in python for making an autogenerator that automatically generates code in PHP and any other language(s) for API modules that support simple GET requests. Also, it will involve writing code for various modules in various languages like Javascript and PHP. The project also includes designing and embedding the tabbed window on the API pages that will demonstrate the use of action API's and documenting various code samples on the wiki.
PHASE 1 (Deliverable before Phase 1 evaluation)

I will be available anytime through Email, Zulip or if required, a well-planned video session. I have been and will be in constant contact with Srishti Sethi through Zulip. I have been an active user of Github since my freshman year. I will continue contributing via Github to our project. Apart from working on the project, I would be glad to help other contributors and users solve their issues and help the maintainers in reviewing Pull Requests.

How did you hear about this program?
Our college has an active community of open source developers. Every year, many of our institute’s students get selected for Open Source Programs such as GSoC and Outreachy. I heard about this program from a senior of mine who himself completed his GSoC with OWASP.

Will you have any other time commitments, such as school work, another job, planned vacation, etc, during the duration of the program?
I will be having my semester examinations from 24 April to 4 May so I will be slightly inactive between 10 April and 4 May to prepare for my exams, which is way before the coding period.
During my summer break (5 May to 11 July) I can easily give 50+ hours per week to the project as I have no other commitments. I will be able to do about 35-40 hours a week when my college resumes (3-4 on weekdays and 10+ on weekends). But the major part of the project will be done before my classes begin and thus I will easily able to cope up with the remaining work and deadlines.

What does making this project happen mean to you?
I was only recently introduced to the open source world and so far, I have found the developer community extremely supportive and helpful. There are a lot of open source projects that we make use of every day that makes our lives easier and help us learn new things. Wikipedia is the world's biggest digital encyclopedia and when I came to know that the project is open source, I was highly motivated to contribute to it.
Now, I have gotten a chance to contribute to the world’s biggest digital encyclopedia. I am grateful for this opportunity and assure you about my commitment and determination towards this project. Through this project, I will be able to help the developers around the globe to easily use WikiMedia's Action API's. Moreover, this project will not only give me the opportunity to work with the best developers around the world, but I'll also be able to give back something to the community and make learning easier for them.

I have been a software enthusiast since my freshman year and since then I have worked on some projects which were truly a great learning experience for me. In my pursuit of acquiring web development skills, I started contributing to the open source community so that I can give my part back to the organizations whose products have been an asset to me.
Also, at my university I am an active member of Information Management Group(IMG), which is solely responsible for maintaining the IIT Roorkee's intranet portal channeli and IIT Roorkee's official website, and has worked on several projects from scratch, so I am well verse with the software development cycle i.e. from designing to coding to production to maintenance.
Coding Skills:

Till now I have earned a great sense of understanding about the codebase. Also, I have made some pull requests mainly addressing the 2nd microtask listed on phabricator. Additionally, I have a decent knowledge of making templates and gadgets and using them.

I also contributed to Echo Extension and got a patch merged.

Along with working on this project I also contributed to other projects of WikiMedia Foundation enlisted in New_Developers guide of WikiMedia. The project to which I mainly contributed is WikiEduDashboard

Microtask 1: As a part of Microtask we had to propose an idea for a demo app around the use of MediaWiki Action API's. After doing a bit of research and exploring various API's I came up with the idea of making a Follower's App where you can follow various users of WikiMedia and see what they are contributing to or have recently modified. The detailed proposal of the app can be found here. 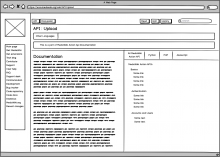 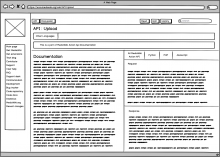 @Shivanshbindal9 Neat! I've read your proposal and it looks great! I've no further changes to suggest and you can move your proposal to the submitted column on the Google-Summer-of-Code (2019) board. Also, remember to upload the proposal on GSoC program website.