This task will start with @SNowick_WMF and possibly accrue subtasks. @JTannerWMF may add content to this task.

The insight we seek to gain through instrumentation will include:

Draft schema, based on the above requirements:

Per discussion w @Dbrant we are going to add a schema to specifically track Image Recommendations, would be good to meet with Miriam while planning to determine what data they are collecting through API and what data we can track that would help them with the experiment.

@SNowick_WMF @sdkim just asked about data and is the PM for the team building out the API. I will schedule some time with our group and add @schoenbaechler

Marking this as low until we Robin finish designs

Ok @schoenbaechler is finishing up the designs so I am increasing the priority of this. After the offsite it should increase to high.

Here's my current "draft" of what the schema could look like:
(Once again, the idea is that whenever the user submits a single Image Recommendation item, we send an event to a new Eventlogging table that we'll use for this experiment.)

Hey @Dbrant we got the following questions about the above schema: 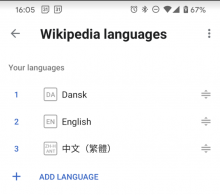 @JTannerWMF asked me to review this plan. Here are my notes:

By editor tenure do we mean edit count? And if so, on which wiki? Do we mean the language wiki for which the suggestions are being made? Or across all language wikis that the user has configured? Or are we including edits made to Wikidata and Commons, via suggested edits? Not all these numbers are available to the app client-side. I would recommend determining editor tenure during data analysis, based on the user name. Also, if we include the "total edit count" in our event schema, would that border on personally-identifiable information (if the user chose not to share their username)?

Is the lang identifying all the different languages the app is set to, or only the 1st app language or device language? For example, someone might speak Danish natively and have that set as the primary language, but also may have added English and Chinese as additional languages?

Sure, we can update the lang field to be a list of all language(s) the user has configured in the app.

I think we should capture the experience level of the user, even if we don't capture their username. I think the best thing would just be their edit count.

See response to Jazmin's question above.

For users whose usernames we cannot capture, can we capture some unique identifier for them, so we can analyze their submissions together?

Similarly to the comment above, it would be good to know what other languages the user users, beyond the one they are using for image recommendations.

If we receive one of these events from a user, then they have by definition made it past onboarding (i.e. the onboarding is all-or-nothing). If we want to track if a user made it part-way through onboarding, and then gave up without doing a single recommendation, we would need a different separate schema.

Whether the user taps the "i" icon in the upper right of the screen.

I see that the schema will capture the time the user spent on the task. Will this time complete once they tap yes/no/unsure? Or when they are finished submitting the reason? I recommend the former, as the time spent to make a decision.

Although the schema captures time spent, I think it could be good to also capture timestamps for the events.

What is meant by "declined to answer"? I don't think we have that as an option in our workflow.

In addition to article title and filename, I think we might also want to record which image metadata fields were available for the image, because we want to understand how the presence of metadata influences responses. Though I suppose we could go get it from Commons after the fact, that might be difficult, and the file's metadata might change between the event and the analysis.

When the users scroll into the article, will they be able to click wikilinks or images, like in the normal reading experience? Will that lead them away from the task? If so, I think we should record an event for when that happens, so we know how often the article itself distracts people from doing the tasks.

The article is shown as plain text only, with no clickable links.

Editing Tenure is a bucket in Turnilo, not sure how we are recording that information.

In order for us to know the tenure of those completing the task so that we can look for trends, do we have to record usernames? Is there a precedent for this? 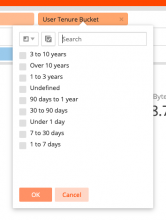 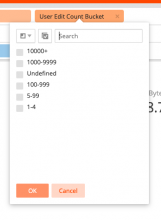