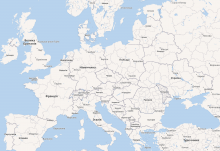 What happens?:
Borders between some countries are not depicted in Wikimedia Maps inserted into Wikipedia pages using Extension:Kartographer. They become visible only if you zoom in enough, or, in case of Lithuanian-Latvian border, it is not visible even in the maximal zoom.

And in multiple projects: 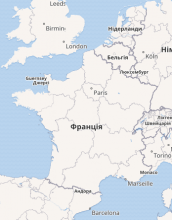 Borders between France and Belgium and between Belgium and the Netherlands were indeed fixed, but some missing borders were not fixed (like DR Congo-Angola), and also some borders that were there before, now disappeared (Lithuania-Belarus, Lithuania-Russia, Belarus-Russia, Belarus-Ukraine, Ukraine-Russia, Ukraine-Moldova).

Set this task at a high prority, because the map in its current state imposes great reputational risks for the Ukrainian Wikipedia, as Ukrainian-Russian border is a very sensitive political topic and this border being absent from the map can be seen as Wikipedia denouncing Ukrainian independence and sovereignity. We should expect media titles like "Wikipedia decided to restore the USSR" if this bug is not fixed ASAP, which would be a PR disaster for the Ukrainian Wikipedia. 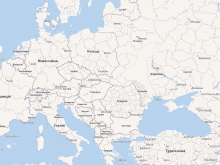 We're working on it at the moment. I'll keep the priority high, for now. We already have a fix to be applied and wrapping up investigations.

Wonderful, thank you. But I have to ask when should the fix be expected: is it hours, days or weeks? (our communicational team is pretty alerted right now)

@Tohaomg the fix should be up in a couple of hours but it might take a full day until tiles are refreshed, I'll keep you posted.

Update on the issue: Manually reloading the OSM data for specific regions looks like its working directly hitting kartotherian for maps: 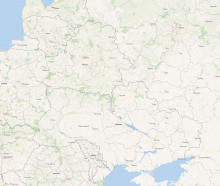 We still need to wait for upstream cache to expire for the changes to be reflected on maps.wikimedia.org.

It looks like upstream cache picked up the new borders we manually imported. cc @Tohaomg

For me at the moment Ukraine's and other former USSR republics national borders look fine now, but there are still some issues elsewhere:

Ukraine is missing some regional borders:

There is btw a separate issue there, the signage for Кривий ріг renders properly only since Zoom Level: 8, and this happens elsewhere on the map too, but probably a subject to a separate ticket

Both Koreas and PRC are bundled too: 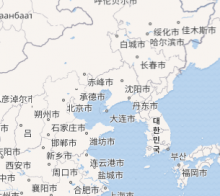 India misses border with PRC too: 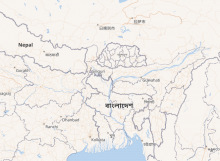 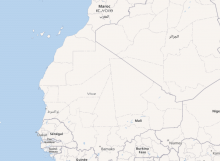 I am not too good at geography so I would not be surprised if there are some things wrong elsewhere too.

Map data © OpenStreetMap contributors as per their licence.

Its not feasible to fix each case one by one so it looks like the best way forward is to run a full planet import.