Since T297501 is unlikely to be merged in time for us to deploy the test survey, removing {{SERVERNAME}} from the survey question should resolve the issue temporarily for the test survey.

Waiting on translatewiki to pickup the change so we can update the ca translation there.

ca translation updated. Now we're waiting for translatewiki to commit back to WikimediaMessages.

Okay, looks like we have the updated translation on beta: 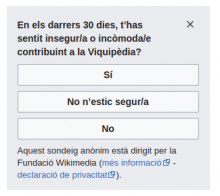 I have verified the {{SERVERNAME}} has been removed from the Catalan Test Survey, and that the survey is displaying and functioning accurately at the following url: https://ca.wikipedia.beta.wmflabs.org/w/index.php?title=P%C3%A0gina_principal&quicksurvey=internal-gdi-safety-survey

Below are some screenshots of the survey on various browsers and devices:
(NOTE: please disregard blurriness of screenshots, this is due to device simulation and is not related to the code changes): 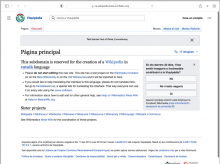 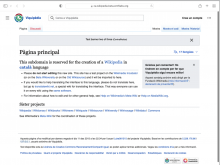 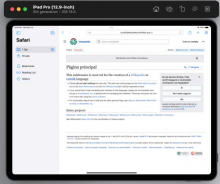 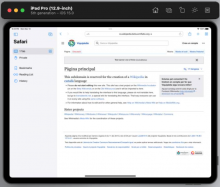