Looking at the graphs for WebPageTest emulated mobile we can see that we have an increase for that metric:

If I just look at one URL I can see that it correlates to when Chrome 100 was released: 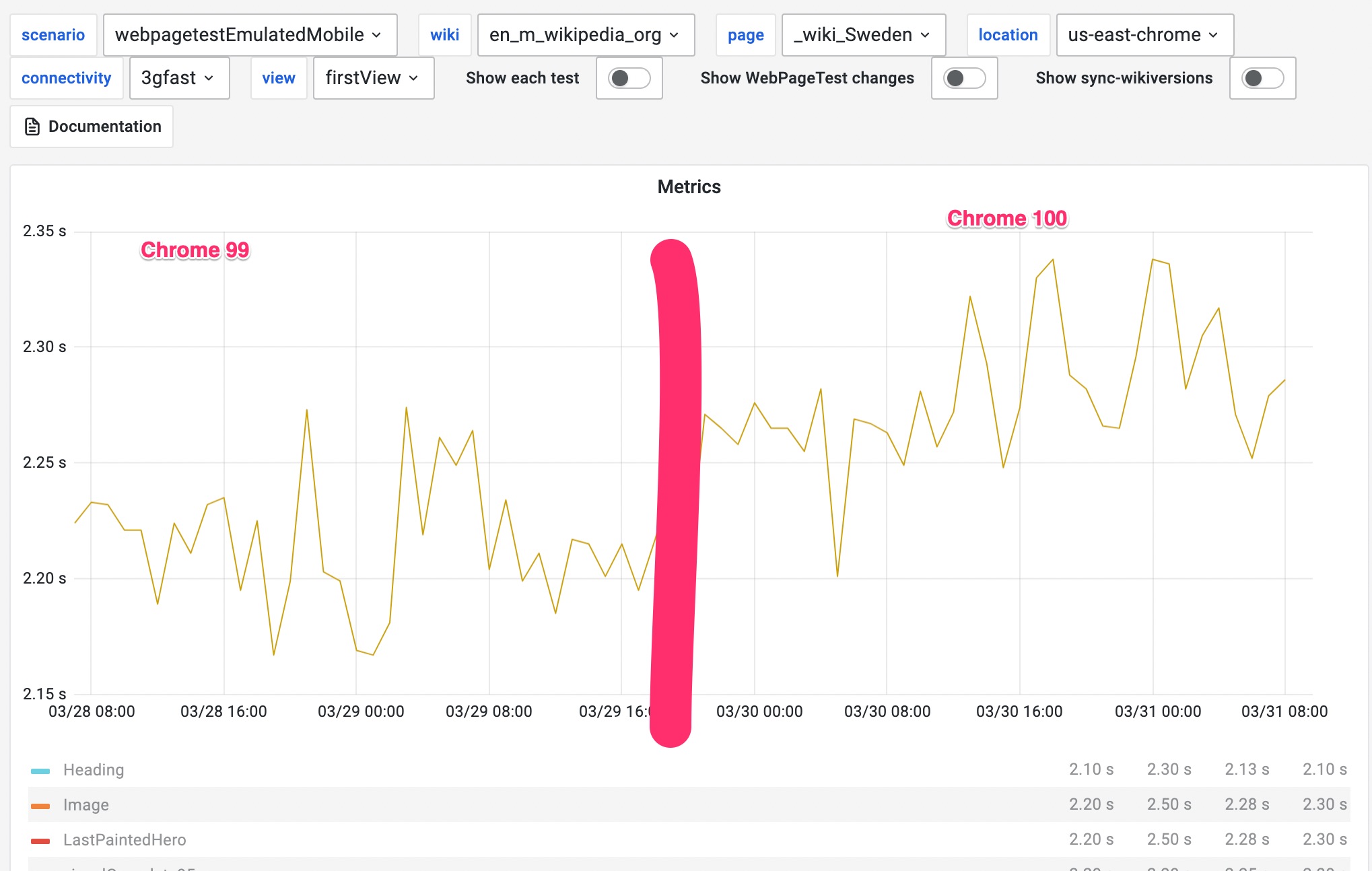 Looking into the WebPageReplay tests and the other test we run directly against Wikipedia and there there's no visible change. Let me look into if I get something useful out of WebPageTest.

I could also find a jump in responseEnd but only for emulated mobile:

As reported in T305572 I could see that Chrome makes multiple requests to optimizationguide-pa,googleapis.com. In Browsertime/sitespeed.io those requests are blocked but since we haven't done any update to WebPageTest in a year or more, WebPageTest missed the Chrome flag to turn it off. I can also see that people reported that the requests happen even with the flag enabled so I just added that domain to blocking.

That fixed the late request in T305572 and more interesting it also fixes the response end: 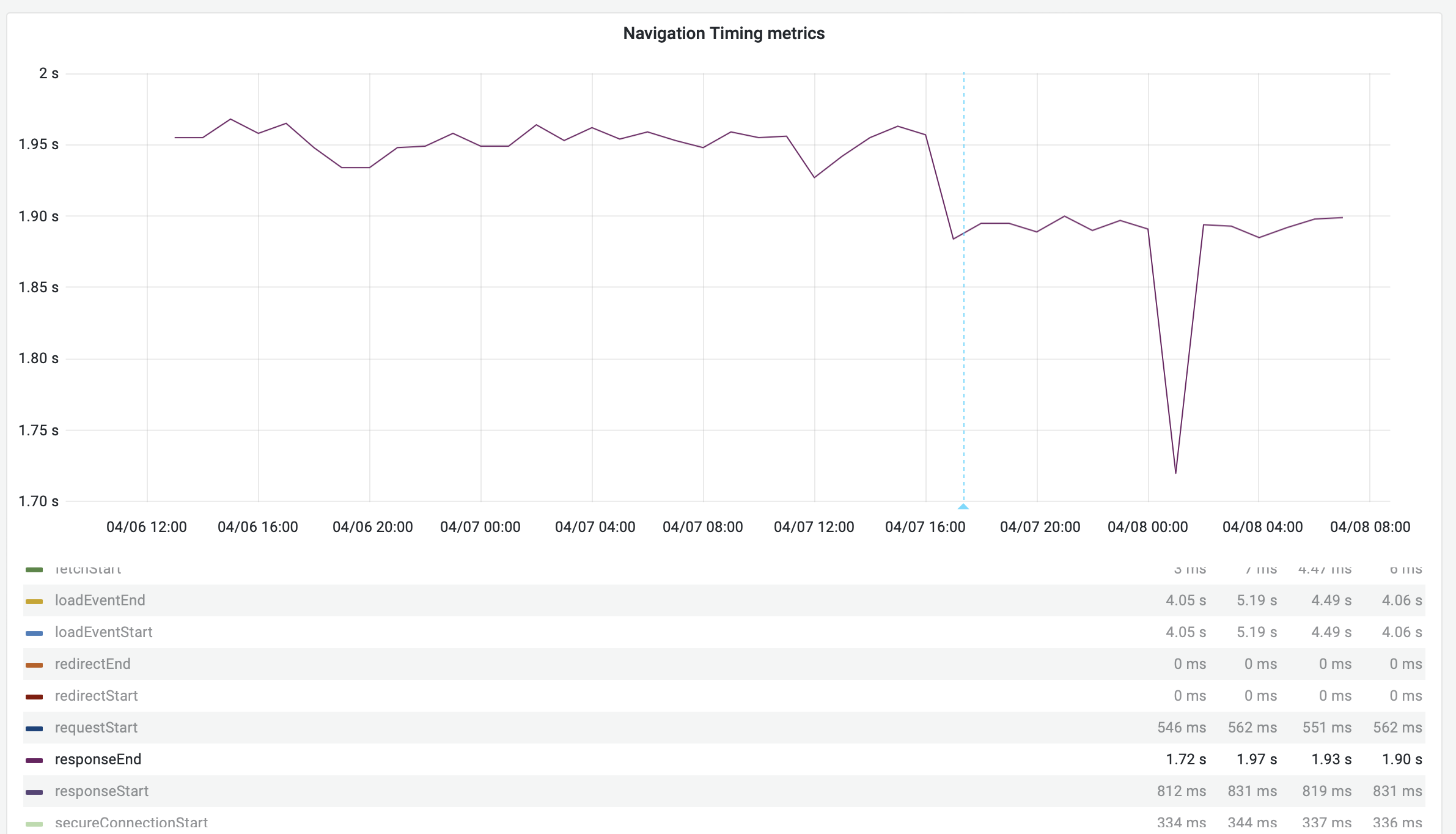 It isn't super easy to see (since we had WPT go down for some time but also LCP is affected for Sweden and Facebook (hard to say about Obama): 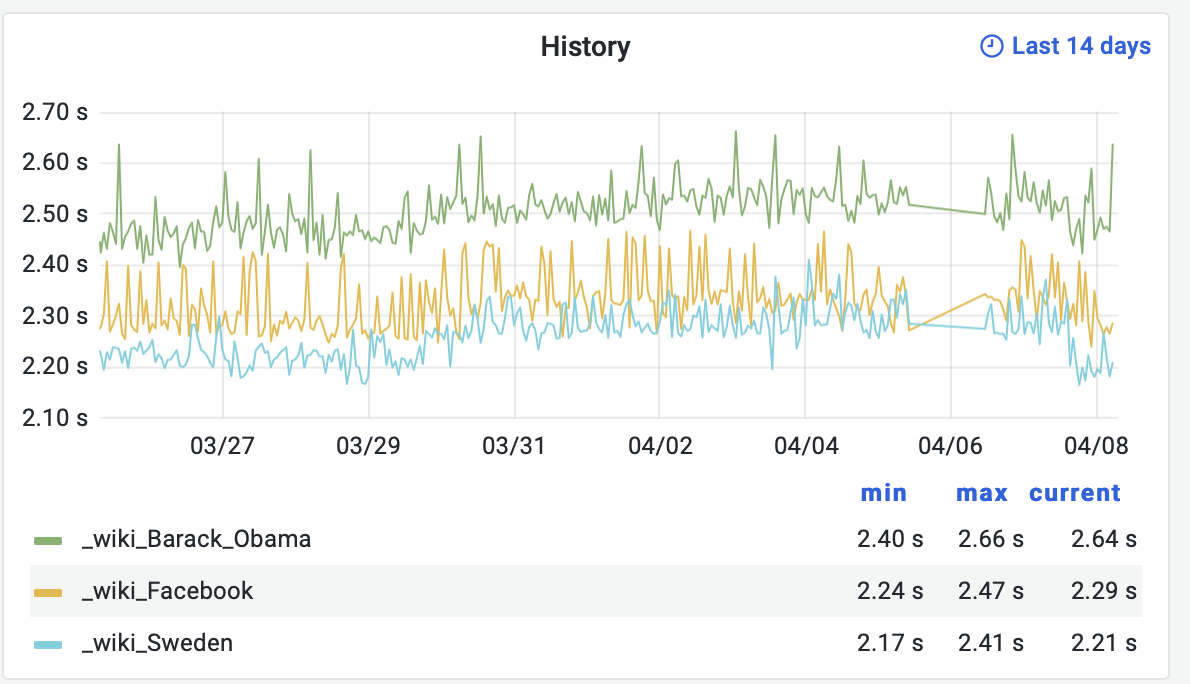 Its interesting that this only happens on emulated mobile, so in best case this is not something that would affect real users. I'm gonna create a Chrome task and ask.

If I understand correctly there was bug that was introduced (that hidden for us) and then they are working on trying to distribute the calls to the optimisation guide better.