VisualEditor makes it much easier to edit, and part of that is that it makes it easier to add formatting. However, just because something is technically possible doesn't mean it's commonly accepted by local communities and guidelines.

Learning common policies and other Manual-of-Style guidelines is part of the learning curve of any new editor, but there may be some common cases that could raise a flag and warn the user when they do something that's against the guidelines.

I imagine that such a system could easily become a monstrosity of epic AbuseFilter-like complexity, which isn't desirable. But a basic version covering only the simplest use cases might be helpful to guide new editors. Perhaps it could even be restricted to new users.

This isn't something that's urgent, but if it's technically feasible I think it would be welcomed by many editors. If not, then we can get a definitive response either way :)

Mentioned In
T265163: Create a system to encode best practices into editing experiences
T276857: Make editors aware when they are attempting to add unreliable sources to an article.
T261400: Generic framework for implementing suggestions in VisualEditor

We've discussed adding something like this before. I think we can afford to be fairly aggressive with some of the auto-corrections, such as extra whitespace. We have a patch for the annotations problem in the works. 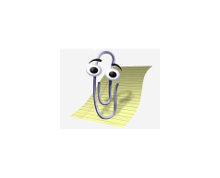 This has been on my mind, so jotting down some rough ideas...

Approach #1: extend Review changes and introduce as a default step within the publishing flow
After clicking/tapping the Publish changes... button, people who are new to editing could see a Review your changes-like view that:

Approach #2: introduce a "review" mode that sits "atop" the editing surface
Within VE's editing toolbar, introduce a "check spelling and grammar" style tool [i] that enters people into a "reviewing" mode/mindset that, like "Approach #1", enables them to:

Over time, I wonder if what's surfaced in the mode "Approach #2" is "asking for" could be expanded to include suggested changes/edits.