Sunpriat2 updated the task description for T279867: In the preview, the table syntax is processed even if it is inside nowiki .
Mon, Apr 12, 9:56 AM · Parsoid, VisualEditor

Sunpriat2 added a comment to T277517: [modern Vector] "Languages" list is not shown on the main page where local languages exist but noexternallanglinks is enabled.

@Jdlrobson For a complete understanding, this was used as a tweak around what the list looks like. For example, there are 317 languages ​​on the main page, if you disable the checkbox "Use a compact language list, with languages relevant to you." in Preferences/Appearance, then these languages ​​will be 6300px in height. When {{noexternallanglinks}} was added, the long list from Wikidata disappeared, but the links left as local interwiki in the wikitext of the page remained and were shown in the sidebar in place of the languages.
It is planned that the languages will be in one button in the header https://www.mediawiki.org/wiki/Reading/Web/Desktop_Improvements/Features/Language_switching , but the main page does not have a header and it is unclear how the button and languages will look on the main page in the future.
Perhaps after the appearance of one button, the setting of disabling the short list will not affect the list in the modern Vector. But the setting will affect monobook and old Vector skins, where some gadgets work with a complete list, for example, moving up certain languages or replacing the names of languages from their writing to names in one local language.
Maybe now all wikis should use noexternallanglinks "as a function, with parameters" if this new change is important or it will work as written "Only the interlanguage links that are present in the wikitext will be used".

Sunpriat2 added a comment to T259864: Enable wikis to customize the syntax used to indent comments posted with Reply Tool.

@matmarex Does this mean that by creating a global variable it will be left to work like this for a long term and for many years? Does this mean that the developers have no further plans to unify the presentation for all discussions with the tool (with/without visible bullets regardless of the ul/dl code)? After all, there were earlier some proposals for additional more complex markup.

@Whatamidoing-WMF Giving it to a small group of admins is the easy way to push their opinions through a message (which change they can easily and quietly influence) to all users of the wiki. When the tool works the same on all sites, it is the Foundation's decision, but when you give the change to the admin, it is largely the decision of that small group. There is no rule about one specific symbol in ruwiki. They will not use Reply Tool because they are using their own script CD. This is your tool and your decision. There will be no personal choice for editors neither by personal editing, nor by local voting (all votes are short-term and few editors participate. Invite all users of their script to influence the decision they need in the vote and the result is obvious), interface-admins will of course push DiscussionTools users into the behavior of their scripts. This whole approach with symbols only creates local holywars. When contributors do not personally choose when creating a comment, as they do now, this is not the same approach when the developers suggested making "existing" things easier.

Sunpriat2 added a comment to T262066: Make it possible to tell if Reply Tool is open from browser tab's name.

It is definitely necessary, for example, at the end of the title, to add the full word "reply" or "editing". Now browsers, when the user writes text in the address bar, show hints and, in particular, show suitable names of open tabs. This ability of browsers to find a tab is worth using.

Sunpriat2 added a comment to T54701: Alt+Shift+V access key in the wikitext editor switches to the visual one, so conflicts with 'show changes' which no longer works in Chrome, focus splits in Firefox.

Additionally https://www.mediawiki.org/wiki/Extension:FlaggedRevs add one more tab "Pending changes" which is also assigned "v" key. Any but unique replacement for short keys will be more convenient to activate instantly.

I can create an article about the celsius symbol and make it a redirect https://en.wikipedia.org/w/index.php?title=%E2%84%83&redirect=no . I expected I could do the same for the angstrom symbol, but an article with a letter is created instead.
I can copy the symbol and letter into the wiki text editor (monospace Courier New) and see the difference, but if I press preview or save the page then the symbol is replaced with a letter. The symbol is shown only when using the code &#8491; &#197;
℃ Degree Celsius U+2103 = UTF-8 E2 84 83
Å Angstrom Sign U+212B = UTF-8 E2 84 AB
I tried to write the title of the article in percentage encoding https://en.wikipedia.org/w/index.php?title=%E2%84%AB&redirect=no , but Wikipedia again shows the article about the letter, although nothing should change in the encoding from the browser side.
If autocorrect exists in order not to be confused with a letter, then there should be a way to create an article with a title through the encoding. On https://www.mediawiki.org/w/index.php?search=angstrom there is nothing about a replacement or about a symbol in the search. And this symbol cannot be used in the search - the results will be for a letter. Somewhere this behavior must be explained.

Sunpriat2 added a comment to T257581: Visual Editor adds link= parameter to image when only caption is edited.

The same problem occurs in ruWP. https://ru.wikipedia.org/w/index.php?title=Надписи_из_деревьев&diff=next&oldid=108444834 Our bot periodically cleans it up.
See the fourth picture - https://ru.wikipedia.org/w/index.php?title=Надписи_из_деревьев&oldid=108499780 The link parameter text is added with percent-encoding, which is why the link is visible in the article instead of the file description!

Sunpriat2 added a comment to T257500: Grammatical cases for site name for ruwiki.

What do you mean? {{grammar:prepositional|Википедия}} outputs Википедии to me.

I don't know how you landed in a eight year old codebase.

TemplateStyles affects blocks inside .mw-parser-output, but does not directly affect .mw-parser-output. Affect the entire page instead of part of the page may be against "Template"Styles goals.

Sunpriat2 added a comment to T240203: Does not show "Forgot your password?" link after a failed login from a blocked IP range.

Not shown. But it would be useful to see link after entering the wrong data. The participant was confused and came to the forum asking how to recover the password. Potentially, we may lose participants who did not see this link and did not ask on the forum. Participants are not involved in the fact that their IP are included in the ranges. This link is not even shown in the settings for logged in participants, so it is almost hidden for those who in the range. 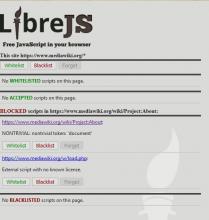 I confirm the language for the aliens. Not user-friendly. 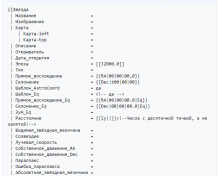 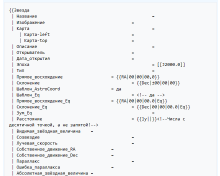 When I send it to myself, I also get a normal subject.

Yes, all tasks can be added as blockers. The deployment can wait for a more smooth period according to the others experience of using.

Sunpriat2 added a comment to T32471: MediaWiki should not generate ids that are hard to select.

This is probably mostly fixed by T152540: Migrate to HTML5 section ids?