@Amire80 this screenshot represents in traslatewiki.net only allow translate to kk-cyrl not kk. We need translate to kk. Because many many reasons.
https://commons.wikimedia.org/wiki/File:Converter_errors_6.png

@Amire80 who can solve these problems? @MuratKaribay also found some critical problems. We receive complaints from users every day but we don't have permission to remove this useless converter. I'm so grateful for your help!

Are you sure it should be completely removed?

I visited Almaty for the Turkic Wikimedia Conference in 2012, and there was a Kazakh man from China who spoke very passionately about the need for a converter to Latin and showed me many Chinese websites in Kazakh in the Arabic script. (I know Russian, but he doesn't, so somebody had to translate what he said from Kazakh to Russian for me.) I'd like to see a wider community discussion about this, with participation from people who use different alphabets.

Does the mere existence of a converter get in the way of doing something?

The reason for low usage is not necessarily that people don't need it. The reason may be that the feature is difficult to use and people aren't aware of it. This can be fixed by better design. And generally, how do you know that the usage is low? Do you have statistics?

And what are the bugs in the converter? Perhaps they can be fixed?

Finally, I've heard on the news that Kazakhstan plans a transition to a new Lаtin alphabet, so a transliterator may be needed in a major way soon.

I do agree, however, that the extra locales (kz, tr, cn) can probably be removed, and that alphabets are enough, as suggested in T250604, although I'm not sure that it's easy to do. It's possible that they have to be preserved in some way for

@Aklapper thank you for your tip.

@Nemo_bis who is resolve this problem?

@Dereckson I have seen only one red line, please see this screencast: 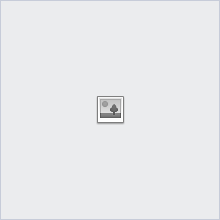 @Dereckson I asked active users on kkwiki, they are using Google Chrome. I can't use Google Chrome since few months.

@Ciencia_Al_Poder any method does not helped.

Arystanbek added a comment to T148112: Transcluding the list of changes with a specific tag on not supported non latyn script languages..

Use the "modern" way for transclusion:

This is not supported non latin script languages. For example: this
Please, fix it. 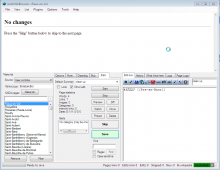 If this feature enabled this gadget doesn't work.