HomePhabricator
Log In
Phame Blogs Leave it to the prose J194

HEADER CAPTION: Screenshot from Wikimedia's famous Visual Editor. The typo "documenation" has a red squiggly line under it indicating the spell checker has automatically detected a spelling error by the author.

Tools for validating that JavaScript documentation is current and error-free have advanced significantly over the last several years. It is now possible to detect mismatches between a program's documentation and its source code automatically using a free and open-source, industry-standard type checker. This goes way beyond typos.

JavaScript is an untyped language. Unlike a typed language, a JavaScript program is always generated regardless of whether the types in it are valid. Some consider JavaScript's fast-and-loose style a feature, not a bug. Notable proponents of that viewpoint include Douglas Crockford and Paul Graham.

There have been numerous articles written on the subject, but I suspect that most reading already understand the values of clear typing. For any nontrivial program with multiple authors and any longevity, especially those likely to be found among the sprawling wikis, strong typing is much more practical and sustainable than the alternative. With good typing, one can quickly grasp the structure of a program. That is, you can conceptualize and interface with any well-typed API whether you understand how it works internally or not. Refactors are a lot easier too and while not fearless, a typed codebase is far more malleable than an untyped one. Type checks are also a great way to verify your work, just like in grade school.

CAPTION: 65 miles per hour is how many kilometers per hour? So long as the fractions are correct, we can validate the conversion by checking that the units cancel each other out. In type checking, our function parameters, function return types, and object properties must align in a similar way but the process is automated.

Many bugs could be caught before arriving in production if every patch had its typing validated—but don't take my word for it. Phan, the PHP type checker, is now a required validation test for any change to MediaWiki Core as well as many extensions. It's like a bunch of built-in unit tests specifically for types. Without automation, these tests can require thousands of lines of hand written code that are tedious and time consuming to author, read, and maintain (e.g., see the otherwise excellent Popups extension). In the worst cases, no tests are written at all. 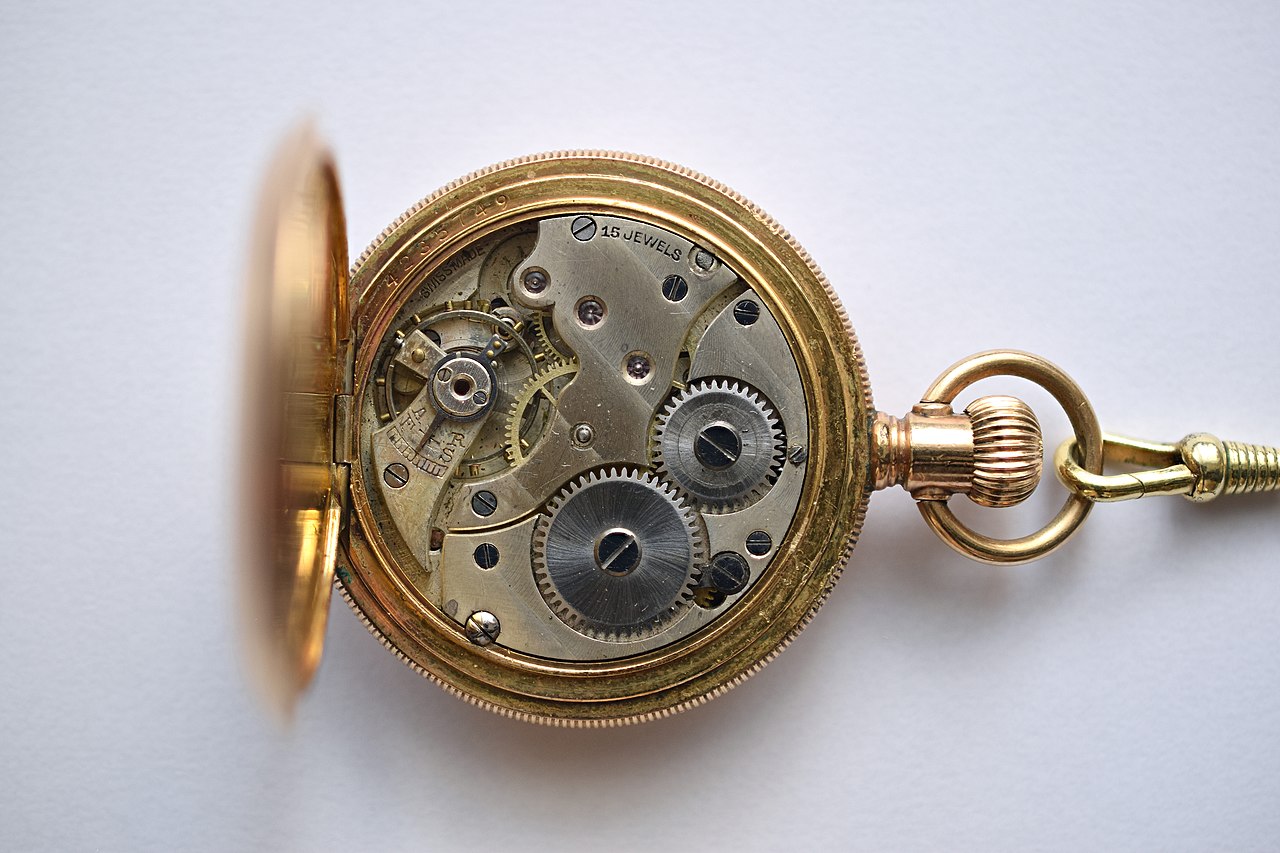 CAPTION: Types must align like clockwork or the machine stops running. Image by ElooKoN / CC BY-SA.

Documentation should be correct

If you haven't heard of TypeScript yet, it may be because it's not very common at Wikimedia except for the uber-amazing work by the WMDE and Wikidata communities (e.g., see wikibase-termbox which is over 80% TypeScript) as well as explorations several years back by Joaquín Oltra Hernández. However, it is now immensely popular globally and proven itself by capability to be far more than just a fashionable trend from 2012.

What changes are needed?

CAPTION: If this code was undocumented or the types inaccurate, would you always get the data properties right? Maybe you would, but what about everyone else?

Most programmers are already typing their JavaScript to some extent with JSDocs, so often only refinements are needed. In other cases, TypeScript's excellent type inference abilities can be leveraged so that no changes are required.

Type definitions are a useful supplement to JSDocs. Definitions are non-functional documentation that support type annotations inline. For example, the definition of the powerful but fantastically loose jQuery API could find marvelous utility in many Wikimedia codebases for at-your-fingertips documentation needs. Another very relevant example that ships with TypeScript itself is the DOM definition, which will alert you to misalignments such as attempting to access a classList on a Node instead of an Element. Thorough type checking is similar and the perfect complement to ESLint checks for ES5-only sources or more broadly ESLint's safety checks.

Type definitions are also a convenient way to describe globals and, more generally, share types. Definitions are either shipped with the NPM package itself or DefinitelyTyped (e.g., npm i -D @types/jquery) and are now standard practice for most noteworthy JavaScript libraries. Imagine if this degree of accuracy could be achieved in some of our most well-used codebases. Integrations between skins, extensions, Core, and peripheral libraries would be validated for alignment. It would be harder to break things and a much more welcoming experience for newcomers.

The actual project setup for adding documentation checks to an existing repository is minimal and requires no functional changes:

The real work is in fleshing out the missing documentation with JSDocs. However, TypeScript is quite flexible about how one chooses to opt in or out of documentation validation. If code isn't worth documenting, it's probably not worth keeping, but typing can be consciously deferred in a number of ways. The most straightforward is probably with a // @ts-ignore comment. Think of it as progressively enhanced code.

An example project setup for Vector is here which shows how typing and documentation can be retrofitted nicely even on codebases that predate TypeScript and make heavy use of sophisticated APIs like jQuery.

It's unnecessary for setting up a project, but worth mentioning, that by ensuring that even a machine can model your documentation means that your code editor can understand it too. For most editors, this means you'll get accurate, split-second documentation lookup and documentation type checking. Visual Studio Code has a superb out-of-box experience for JavaScript including documentation awareness and code completion, but other editors are supported too. 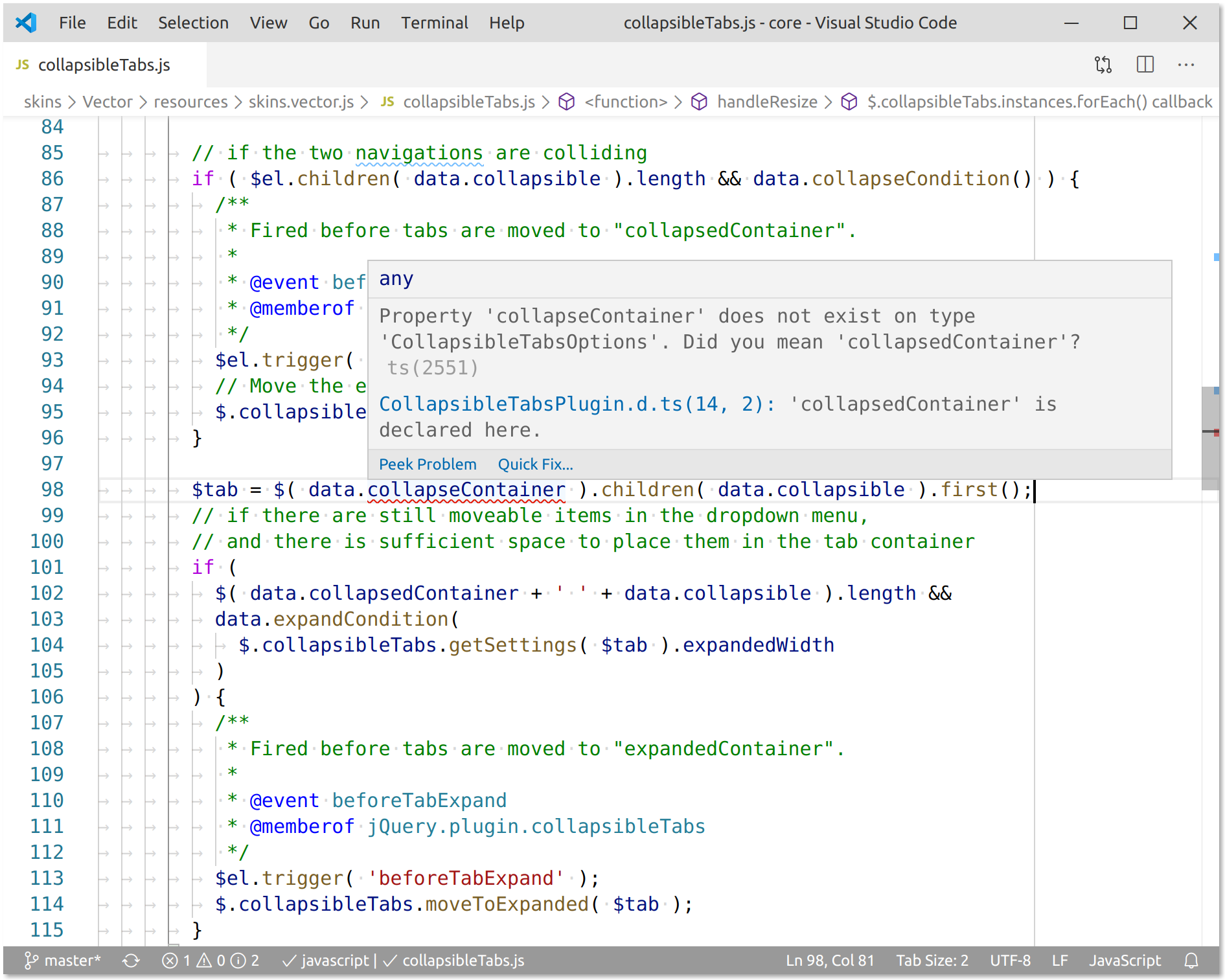 CAPTION: Errors are identified as you write. There's that typo again but this time it could be your next unbreak now or your next type checker error.

You would see similar output from a continuous integration job or the command line:

CAPTION: The command line output is just as informative.

And here are those excellent docs: 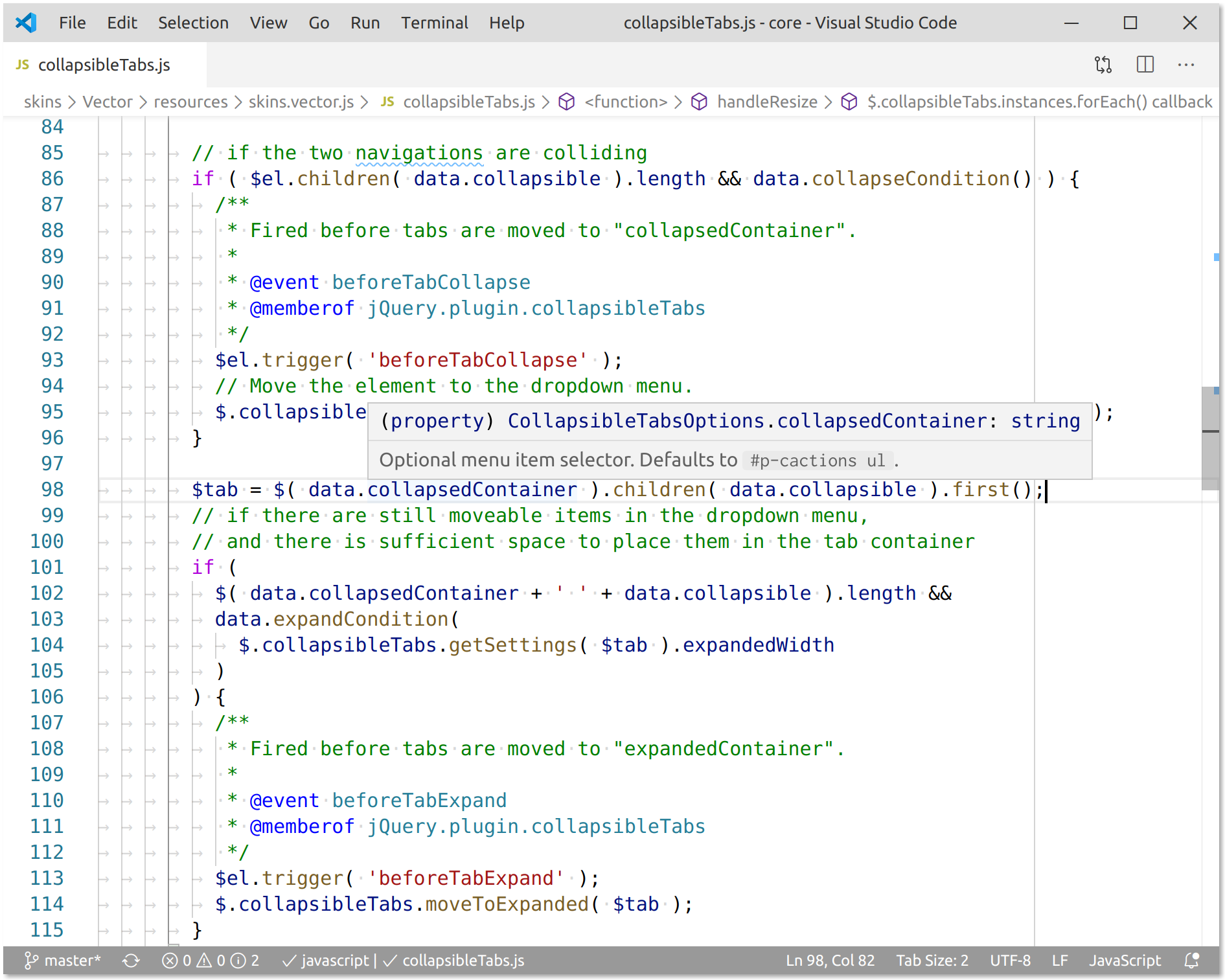 CAPTION: Documentation is a mouse hover away. Coding with documentation at hand is a breeze and the expectation for many modern developers writing their first MediaWiki patches.

65 miles per hour is 104.60736 kilometers per hour. Language changes the way we think, and documentation is the encyclopedia of code. Tooling that improves our abilities to understand, reason, and express ourselves through language improves our ability to engineer. 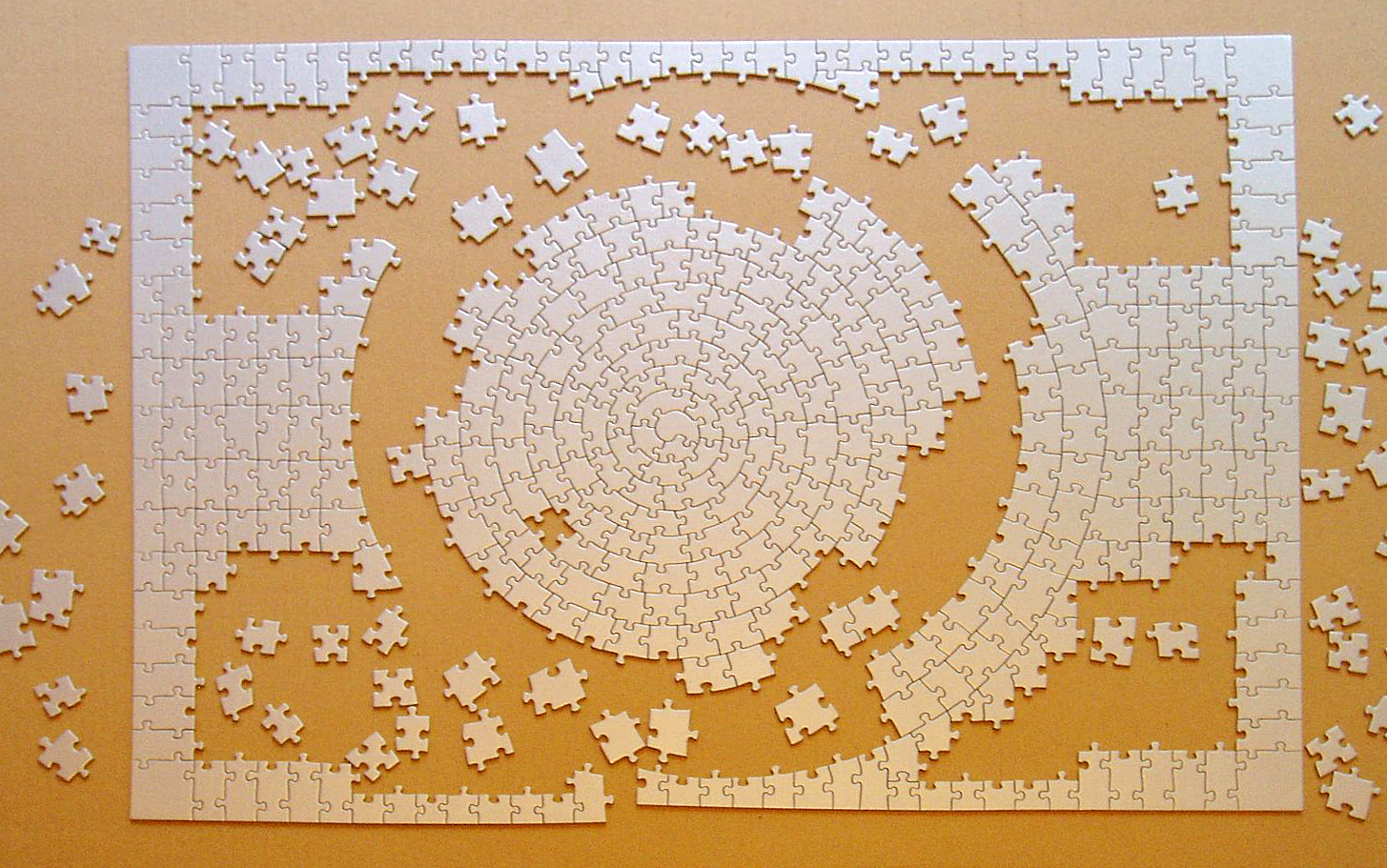 CAPTION: Programs are like jigsaw puzzles where types are the shapes. Check assembly before shipping. Image by Muns and Schlurcher / CC BY-SA.

Thanks to Sam Smith, Joaquín Oltra Hernández, and Leszek Manicki for reviewing and providing feedback.

NOTE: Documentation on building better documentation is being written on wiki with the help of editors like you!
Previous Post
Why does building a skin require PHP knowledge?
Next Post
All code is built
Written by Niedzielski on Mar 22 2020, 2:24 PM.
Programmer