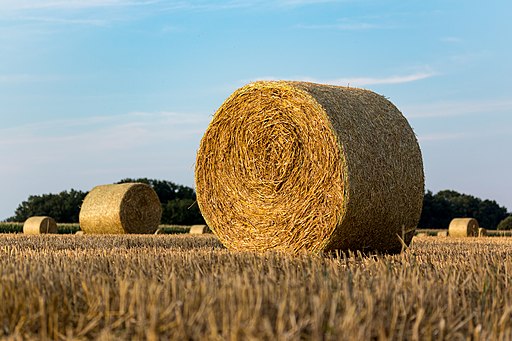 June and July were pretty busy. I was on vacation the majority of August. Interns and other mentors were busy even then. For more introduction, read my post Blog Post: Google Summer of Code, February-May 2020.

We use Gerrit for hosting Git repositories and for code review.

@Vidhi-Mody project was updating about 30 repositories to WebdriverIO v6 (from v4 or v5). We are currently at 70 or 80% of all repositories at v6. (Depending on if you count repositories, or relevant lines of code.) She created about 60 commits. In the majority of cases, there were no significant problems with the update, so most of her contributions are already merged, about 40 commits.

@Soham evaluated two WebdriverIO alternatives, Puppeteer (from Google) and Cypress. He also took a quick look at Playwright (from Microsoft) but we decided not to evaluate it during the internship. (I'll probably mention Playwright in another post soon.) He created almost 100 commits. In the end, we decided not to adopt the tools, so we didn't merge the vast majority of his commits. Only 2 commits were merged.

I've managed to recruit a couple of mentors, @Jpita and @jbolorinos-ctr They were a lot of help, especially while I was on vacation in August. Pita's specialty during the internship was Cypress and John's bug reporting.

We use Phabricator for task management.

It's easy to get overwhelmed or distracted, so good task management is important. We used Phabricator Workboards to organize work (Vidhi, Soham).

Interns were writing blog posts every few weeks. Check out their blogs (Vidhi, Soham). Each of them even wrote a blog post for my team's blog, Wow. So wikimedia. Such quality. Many testing. Very team. Vidhi wrote Blog Post: GSoCpedia: The journey so far and Soham wrote Blog Post: Fanboying Cypress.

We had daily video meetings. When there was a problem to resolve, one of us would share the screen. That helped to resolve a lot of problems quickly.

We've used Zulip for text messages. That helped us stay in touch during the day, or on rare days when we didn't have a meeting.

They have participated in our virtual team offsite, workshops on test driven development, refactoring and bug reporting.

To help with debugging, Soham worked on recording videos of all test runs. We had a framework that works only on Linux. He found an NPM package that works on all platforms, wdio-video-reporter. When we discovered it supports only WebdriverIO v5 he contributed a patch to the package to make it work with v6.

Both interns had hardware trouble. In normal times, buying a new laptop would not be a problem. During the pandemic it was pretty hard. Both of them managed to resolve the hardware problems somehow.

The biggest problem for Vidhi was that she needed to update about 30 different repositories, but there's is no official local development environment. If there were any problems with the update (for example, something breaks in our continuous integration), it's really hard to debug it, if you can't reproduce the problem locally. To fix the problem, she created the majority of the documentation on how use MediaWiki-Docker for the relevant repositories.

I made a mistake of mentoring two interns. I never had enough time to resolve problems for both of them. If I was mentoring only one, I would have more time to focus on their project.

Both co-mentors were pretty new both to Wikimedia and to our Selenium/WebdriverIO framework, so most of the time they couldn't help much. I'm not saying mentors didn't do a good job. I think they did a great job. The failure is mine. I should have recruited more mentors with more experience.

Both interns had good coding and communication skills. Vidhi's advantage was communication, Soham's coding. I'm not saying their other skills were not good, only that it was obvious each of them was clearly better in one skill.

After the internship, I've suggested that they take a break from coding. A week or two. Instead of coding, they should be thinking about the internship and writing about it.

Another piece of advice I had for them was to try mentoring. (You'll probably hear more about that soon.)

I guess one of the most important things they have learned during the internship is how to create small commits with good commit messages. They have also learned how to create a good bug report. Bug reporting is a skill that they have significantly improved in, but they still need to work on it.

A piece of advice for all interns: good communication skills are as important as good coding skills, if not slightly more important.

I've decided to take a break from mentoring. (I might not take that advice. More about that soon.) It was a lot of fun, but also a lot of work. Instead, like I've advised the interns, I would like to spend some time thinking about the internship and writing about it.

A piece of advice for all mentors: prepare to spend more time on mentoring than you've originally planned. I've spent about 10 hours a week per intern.