This is a more specific concern adapted from T163222: On labels.wmflabs.org, make the blue buttons more visible when they have been selected

When these flags are not used, the buttons color scheme fully inverts and selection is 100% clear.

Halfak created this task.Apr 22 2017, 4:14 PM
Restricted Application added a subscriber: Aklapper. · View Herald TranscriptApr 22 2017, 4:14 PM
Halfak renamed this task from make the "constructive" and "destructive" more visible when used in ButtonSelectWidget to Make the "constructive" & "destructive" selection more visible when used in ButtonSelectWidget.Apr 22 2017, 4:15 PM
Halfak mentioned this in T163222: On labels.wmflabs.org, make the blue buttons more visible when they have been selected.
Trizek-WMF added a subscriber: Trizek-WMF.Apr 24 2017, 9:07 AM
Volker_E mentioned this in T156874: The constructive flag in the OOUI Apex theme should be deprecated in favor of the progressive flag.May 28 2017, 10:38 AM
Volker_E closed this task as Declined.May 28 2017, 10:54 AM
Volker_E added a project: Wikimedia Design Style Guide.
Volker_E added subscribers: Ladsgroup, Volker_E.
Comment Actions

I disagree with the experience side of this. We don't need to have such UI pattern at all, as it's in some ways a weak implementation.
The progressive and destructive normal buttons were invented just for one use case originally:
Following the rule of at maximum one primary button per view, there were a few cases in VE, where you've had two same-weight buttons and the primary “Save” button. 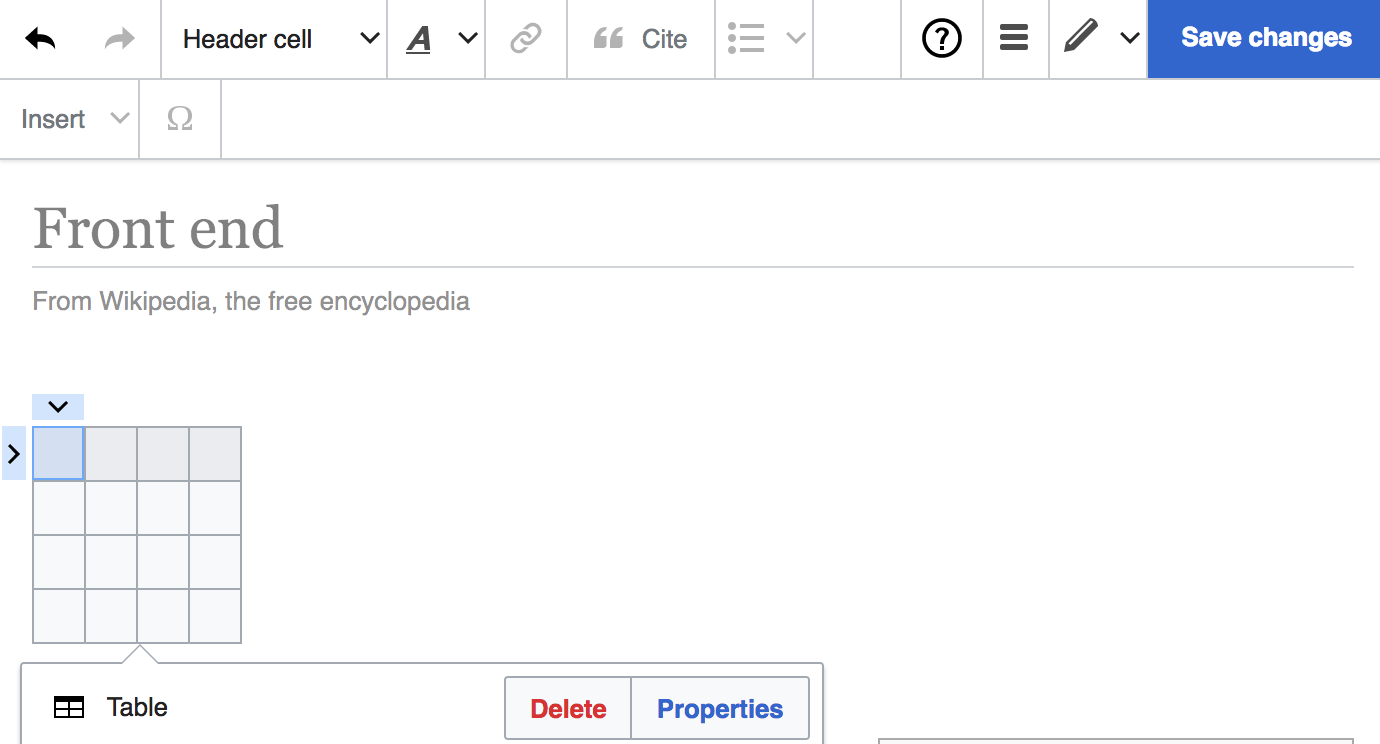 The pattern shown in T163222 doesn't need to provide these buttons to be clear to the user. We already provide binary decision UI widgets – a RadioSelectWidget (probably preferable), a ToggleSwitchWidget or maybe a ButtonSelectWidget are sufficient. I'll provide more arguments about the current pattern weakness in the original task.

We shouldn't provide another binary pattern out of box without strong arguments as it might result into misuse and further confusion to users elsewhere being exposed to four similar outcome widgets, that all look and behave slightly different.

Follow-up will be to take care about making binary patterns clear and adding explanation of only limited use of destructive and progressive ButtonGroupWidget combo in Wikimedia Design Style Guide .

I don't see why making it clear when these buttons are selected has anything to do with having side-by-side buttons in a ButtonSelectWidget. The bug here is about it not being clear when a "construct" or "destructive" button is selected. This isn't about how the buttons are used at all.

While I get, that this doesn't seem as sufficiently supported in first place, I will try to reframe my standpoint. Because defining interaction elements is foremost about how they are intended to be used:
OOjs UI allows for a wide range of different combination of widgets. Just because it does so, doesn't mean it's useful nor feasible to support each and every combination, as it leads to

Does OOjs UI support that specific combination out-of-box:
Yes.
Is the combination of flagged buttons in a ButtonSelectWidget widely used or was that combination intended:
No.
Are there other widgets meant to be used for such need already available:
Yes, for example a RadioSelectWidget or a “normal” ButtonSelectWidget
Is there something missing when switching over to one of the other binary widgets from current implementation:
No, not from my understanding.

What is missing from my perspective is a guideline on how to use existing components rather than supporting another binary combination, like I've stated in my last comment.

Volker_E moved this task from Backlog to Declined / Duplicate / Invalid on the Wikimedia Design Style Guide board.Jun 6 2017, 4:26 PM
Volker_E removed a project: Wikimedia Design Style Guide.
Volker_E moved this task from Backlog to Invalid/Declined/Duplicate on the OOUI board.Jun 6 2017, 10:58 PM
Log In to Comment
Content licensed under Creative Commons Attribution-ShareAlike 3.0 (CC-BY-SA) unless otherwise noted; code licensed under GNU General Public License (GPL) or other open source licenses. By using this site, you agree to the Terms of Use, Privacy Policy, and Code of Conduct. · Wikimedia Foundation · Privacy Policy · Code of Conduct · Terms of Use · Disclaimer · CC-BY-SA · GPL