Fallback language of kjp (Eastern Pwo) was set up as 'bo' (Tibetian). Please change the fallback language to Burmese (my) or English as Kjp writing system use Burmese scripts. Using Tibetian as a fallback may encounter unreadable by native speakers. Almost all of Eastern Pwo speaker can understand Burmese but not to Tibetian. 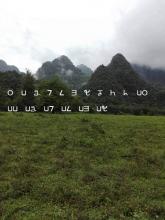 @Nikerabbit Patch uploaded for review above.

N.B.: It'll take few days at least for the change to apply, please be patient. Thanks.