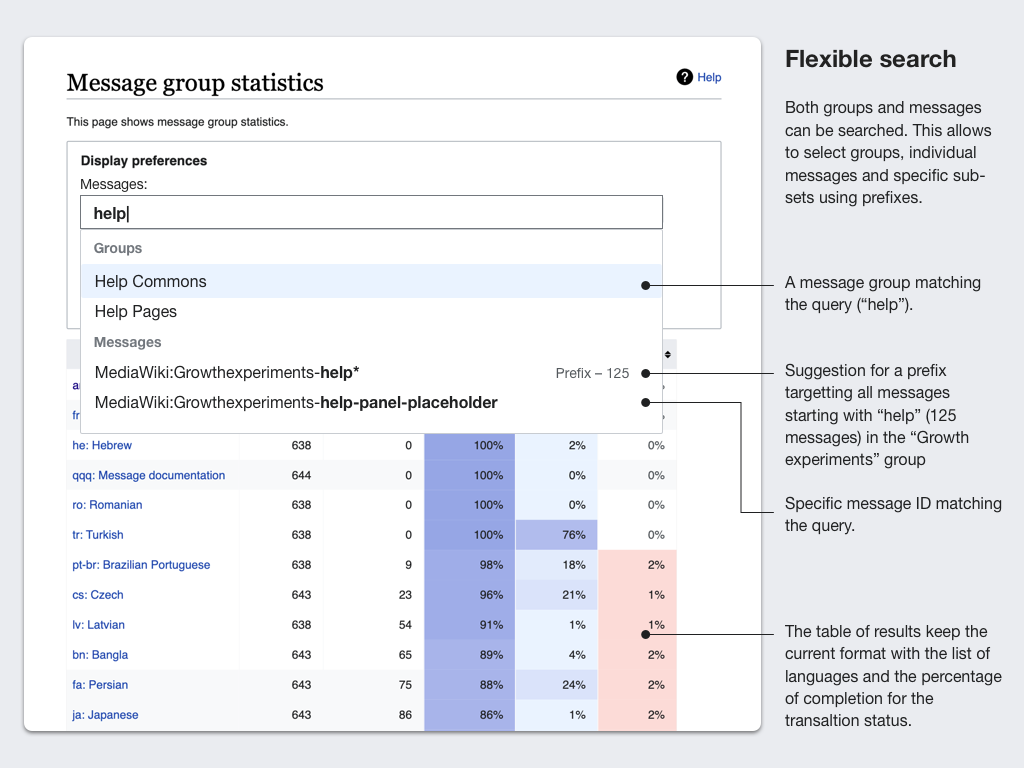 The plan is to to use OOUI to develop this component.

Until there is back-end support for displaying statistics for prefixes, this component should only display groups. Displaying of messages is tracked under T300483: Update the message group selector component to work with message prefixes

However, when there is no search term, no results are shown. In such case it would be useful to show the long list of groups to support browsing. This brings compatibility with the previous behaviour and helps to understand which kind of content users are. expected to be searching for.

Putting this back in progress as we are looking at and reviewing the feedback received.

One of the common feedback we've received has been that without any search text, no groups are displayed. Expected behavior is that all the groups would be shown. We had considered this earlier but decided against doing it primarily due to performance reasons. We're currently re-looking at this decision.

To make it clear to users that they need to type to start searching, I've added a placeholder: 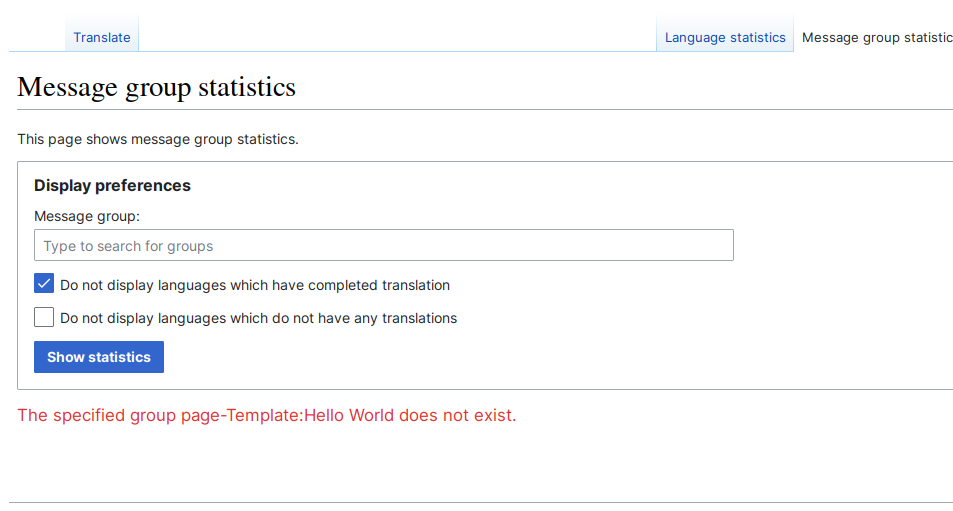 Current status of the ticket:

The primary feedback that we have received on this ticket is that: without any search text, no groups are displayed. Expected behavior is that all the groups would be shown. We had considered this earlier but decided against doing it primarily due to performance reasons.

The order of 3 and 4 is debatable. We could add 4 first and then replace the existing group selectors on those pages.

I'm going to go ahead and finish 2 under this task, and resolve it.

@Pginer-WMF, @Nikerabbit - Thoughts regarding 3 and 4?

[mediawiki/extensions/Translate@master] TranslationEntitySearch: Add parameter to fetch only a certain entity

@Pginer-WMF, @Nikerabbit - Thoughts regarding 3 and 4?

The approach described makes sense to me. In that way, the initial set of results only involves loading a smaller part (enough to fill the visible list) and more are only loaded if the user really wants to browse and scrolls to look for more.

Items mentioned under 1) and 2) here are coded up.

Before deployment groups and messages are fetched: 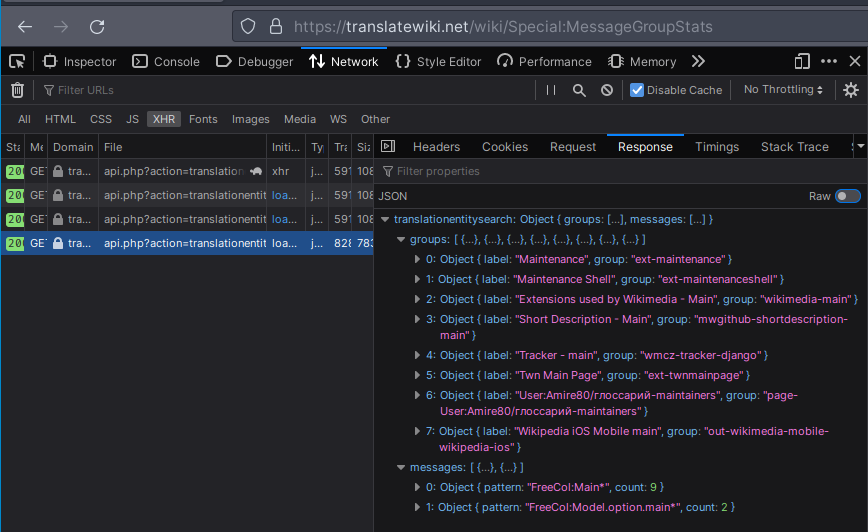 After deployment only groups are fetched: 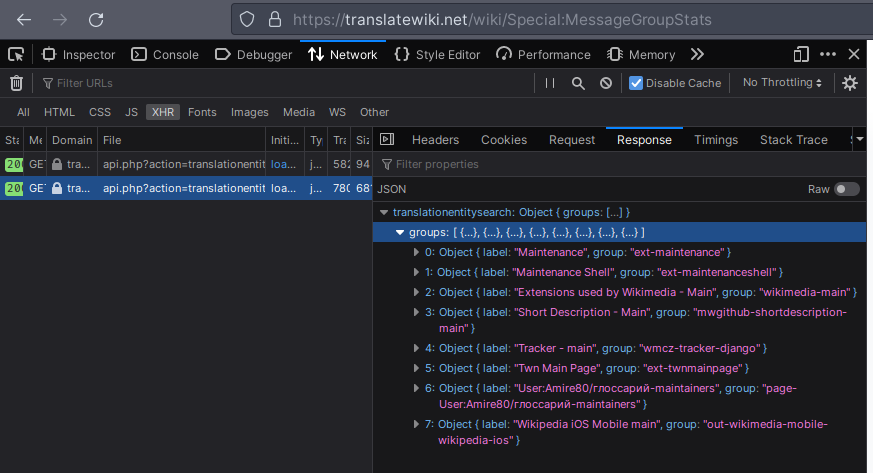 Created the following task to track other suggestions:

Marking this task as done.