HomePhabricator
Log In
Phame Blogs The Speed of Thought J143

In February 2018, a user reported that some topics created by users on Flow discussion boards were not appearing in the Recent Changes feeds, including EventStreams and the IRC-RC feed. Various automated patrol systems rely on EventStreams, so the bug meant a number of edits bypassed those systems on Flow-enabled wikis.

When approaching a bug like this, there are typically three things I do:

Unfortunately the problem was not reproducible in the MediaWiki Vagrant development environment. Nor were there any relevant messages in the logs. Since reproducing the issue locally wasn't possible, we merged some diagnostic code but still had nothing. Early on, @SBisson suggested a hypothesis about the code path involved in emitting the event:

But we could not reproduce this, nor could we identify exactly where this might occur since the code paths for this functionality had many points where execution could stop silently.

One of the useful tools in our stack is the X-Wikimedia-Debug header. I knew about this header (and its browser extensions) from verifying changes that were being SWAT'ed into production but I had not thought to use it for tracking down a production bug.

I was using the browser extension with the "Log" checkbox ticked (and still not finding anything useful in Logstash to help isolate this bug) when I realized that I could also profile the problematic request. When you check the box to profile a request, XHProf will profile the code that's executed and make the result available for viewing via XHGui.

Typically you do this to understand performance bottlenecks in your code, as get a complete list of all functions executed during the request, along with the time and memory usage associated with each function. 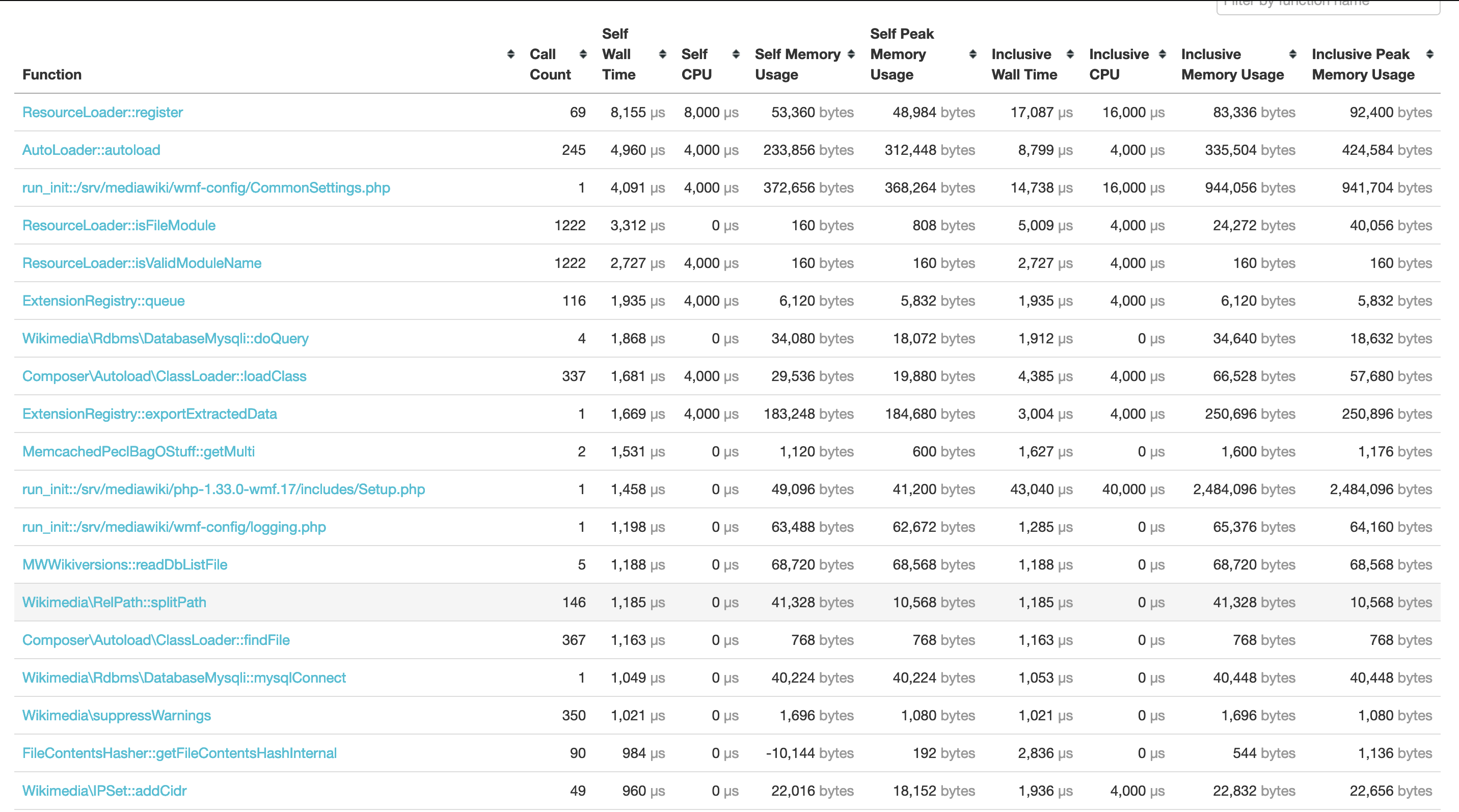 I followed the steps to reproduce and then switched on the "Profile" option before posting a new topic on an empty Flow board. Now, I had a profiled request which provided me with information on all the methods called, including which method called another (click on a method call to see its parent and children method calls). From here I could follow the path traversed by Flow's event emitting code, and see exactly where the code execution halted.

With this knowledge, I went back to my local environment, this time using MediaWiki-Docker-Dev, which has database replication set up as part of its stack (MediaWiki Vagrant does not). I set some breakpoints in the code I suspected was causing the problem, and then found that in RevisionActionPermissions.php#isBoardAllowed(), we had this code:

For a new topic on a blank flow board, $permissions is deletedtext, which would return true for privileged users. But for unprivileged users, Flow would check !$workflow->isDeleted();, and this evaluated as false because the code was querying the database replica, and the title did not exist there yet.

The submitted solution was to patch isDeleted() to query the master DB when in the context of a POST request, since we know the title would exist in the master DB. With this patch in place, events were once again emitted properly and the bug was fixed.

A few of my conclusions from this experience:

Learn more about the X-Wikimedia-Debug header and browser extension on Wikitech.