What we need now can be made with 3 tasks

Second task :script to help readers using Eastern Arabic numerals
In the discussion of the vote, someone said that it is possible to automatically change E to W numerals when saving the edits. Can you really add this feature to Arabic projects ? Some editors (specially those editing from cellphones) still use the EAN. If not, we are going to use a bot to periodically change numerals and make some exceptions (articles about the Indian numbering system, .. ).

Thank you a lot. We hope that this time the problem with numbers in Arabic projects will be definitively closed. 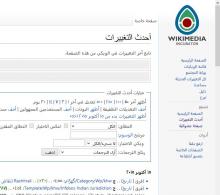 How to report a bug

Include only one problem per report

You should only have one thing to do in one task.

How to report a bug

Include only one problem per report

You should only have one thing to do in one task.

MediaWiki should use Western Arabic Numerals (0 1 2 3 4 5 6 7 8 9) instead of Eastern Arabic Numerals (٠ ١ ٢ ٣ ٤ ٥ ٦ ٧ ٨ ٩) by default for wikis that use Arabic as the content language (Old 2005 discussion, New 2015 discussion)
I believe this can be done by setting $wgTranslateNumerals = false
This is easier for us (Arabic Wikimedians) instead of filing a new task to change the numeral system for every new Arabic Wikimedia project that gets created.

Personally, I believe that this can be done by a gadget that is enabled by default for all users.

The search engine should recognize EAN as equivalent to their WAN counterparts without having to create on-wiki-redirects that use EAN in the title.

Example:
When a user types "قصة حب ٢٠٥٠ (فيلم هندي)" in the search box, the search engine should automatically detect that "٢٠٥٠" (in EAN) is equivalent to "2050" (in WAN) and redirect the user to the correct title which is قصة حب 2050 (فيلم هندي) without having to actually create an on-wiki-redirect that contains EAN in the title.

@Helmoony I believe that it is better to split this request to 3 separate tasks to make it easier to follow-up.

@Meno25, thank you for your comments. Yes, it's better to split it in 3 tasks (in the way you mentioned) since they are not linked.
@Aklapper, as Meno25 said, it's better to fix the problem for Mediawiki and not only for Wikipedia. We don't have a seperate community in Arabic sister projects (we don't have communities at all). All sysops for sister projects are active wikipedians.
@revi And yes, I definetively need to read more about phabricator ;)

Hi, who can split the tasks ?