As a Wikisource user, I would like errors associated with large subpage counts to fail gracefully (rather than a white screen), so I clearly understand that an error has occurred and why it has occurred.

Background: At the moment, if you request an export of a work that has a large number of subpages (or pages linked from the ToC), then you'll likely get a white screen and no exported file. For example, https://it.wikisource.org/wiki/Pensieri_di_varia_filosofia_e_di_bella_letteratura has 4,586 subpages and so should not be exported via the web interface. (I think? I mean, what's someone going to do with that epub?)

It should be possible to keep count of how many subpages we're traversing, and fail nicely after we get to some arbitrarily large number. Maybe 50 or 100 or something? I'll have a look at the distribution of subpage counts on various Wikisources. Or could we count the accumulated text size as we add subpages, and bail after some point? It seems that counting subpages would be incorrect for something like a poetical work where each subpage is tiny.

The number of subpages is important because each page requires its own request. I'd say ideally we should restrict both.

@Samwilson So, this sounds like a plan for a more graceful fail. Which is good.

But just to be clear: does this mean we would never be able to download a book with a lot of chapters? (And pages—4500!) I.e., do we have any ideas for actually solving the problem?

That's a good question. The current workaround is for people to download wsexport and run it themselves locally. I've managed to produce an epub for the above work, for instance; it took quite a while and is 9300 pages.

The better fix for this would be for large items to be added to a job queue that's processed separately to the web tool. I'm not sure it's worth working on going straight to that architecture without first establishing how many files are 'too large' (although, maybe it's going to be hard to figure out what the size threshold is).

I think the first thing is to get some data about numbers of subpages in works on various Wikisources. Then we can see how many works will be unable to be exported; it might not be that many.

I think 500 subpages might be a good point to start at. Here is a summary of the numbers of works with numbers of subpages, and this lists page titles and their subpage counts (for both queries, I've experimented with a few different language Wikisources).

We decided (in the estimation meeting) to leave this task as it is for now. If we see this being a thing users run into frequently, we should do something about it.

When I tested the link that previously had an error, I sometimes was able to download and I sometimes received a more helpful error message (see screenshot examples below). For this reason, I'm marking this work as resolved. 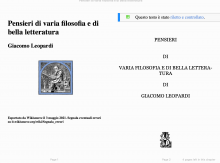