This task is to produce the Tally view output for an STV election. Typically this output is used by election admins and scrutinizers to go over the result data to verify it before it is shared with the community (from an earlier conversation with Joe S). Hence we should make this result easy to understand and corroborate for a non-technical community member.
With this understanding, here's the proposed output for the election: 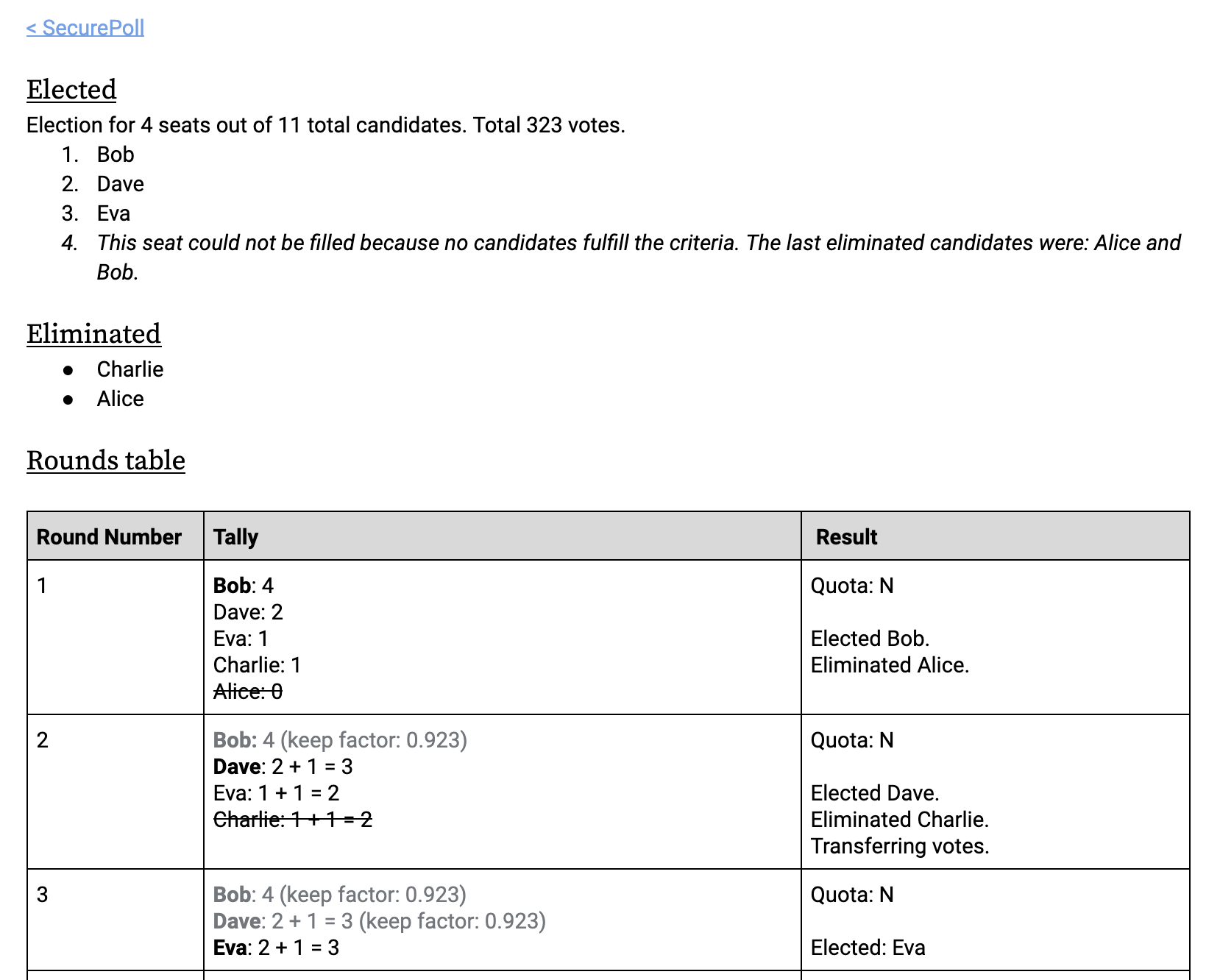 At the end of this task, getHTMLResult() should return the output and that output should be displayed on TallyPage.php when the tally is completed. (Bonus points but you can route getHTMLResult() to getTextResult() as well like HistogramRangeTallier.php does so that it can get output from cli/tally.php)

not sure if this helps, but I can add some data if needed , I have this array that has results so far.

Array indexes/indices are round numbers 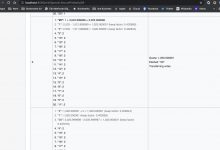