The CI Jenkins has the Collapsing Console Sections Plugin. It can be used to collapse sections of the console output. For example: 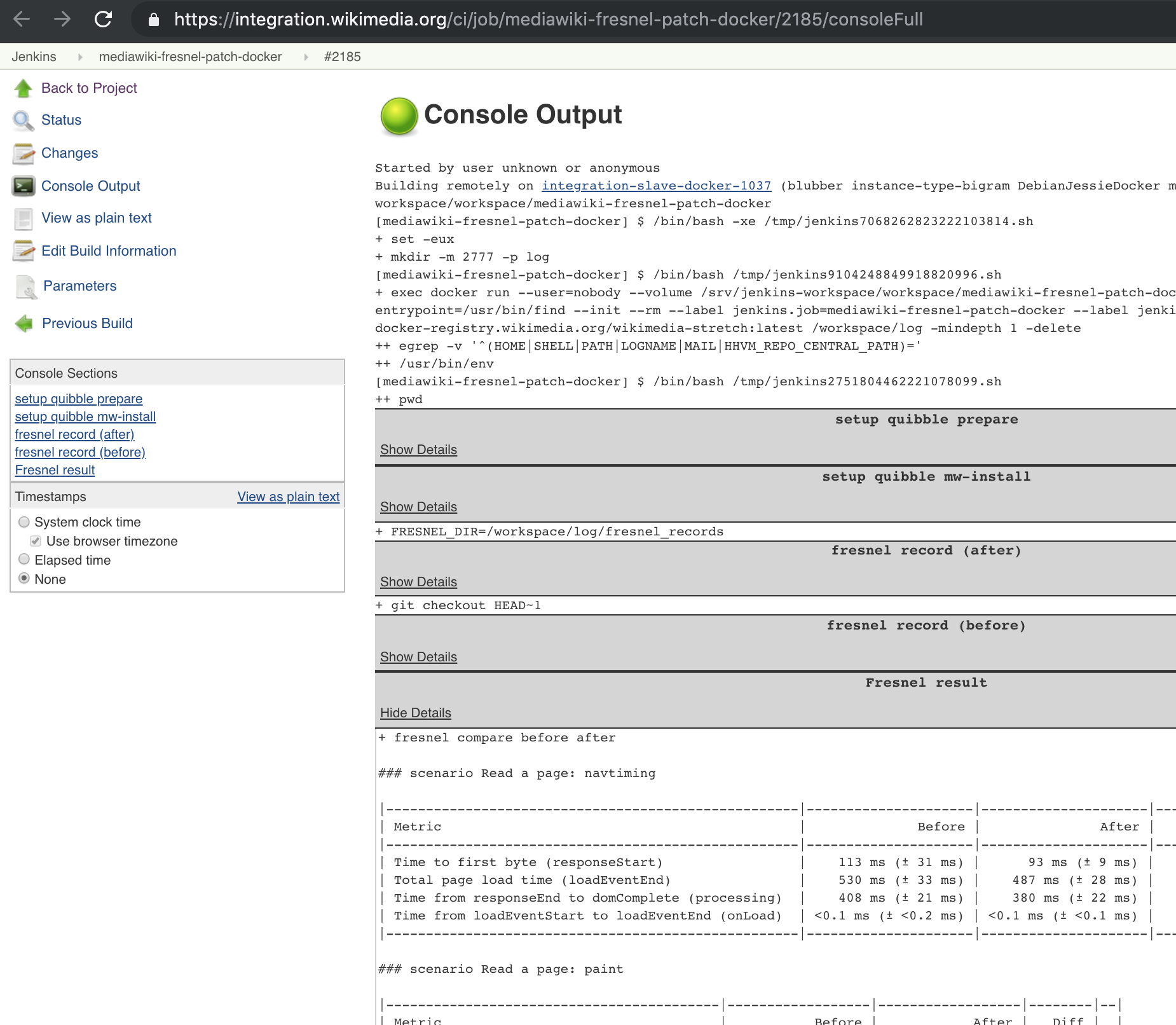 To do so, the plugin relies on regular expressions we fill to detect the start and end of a section (via /ci/configure. A gotcha is that when no end of section is filled, the next section would be made a child. We thus have to terminate a section based on the output of an unrelated command that comes after which is not that reliable.

Which is probably fine.

INFO: comes from Quibble output, not Fresnel and might change. Another example:

Maybe we could define a standard format to start/end section which can then be optionally inserted in the output of Quibble and testing tools?

It is probably rather trivial to implement it with a python decorator added to relevant Quibble methods.

We might get this for free once e30d25a72ac50a0828835f18f9d34396d7d847d7 is deployed, each section will end with "<command string> finished in <time>". Otherwise, I like hashar's suggestion to add another decorator to produce easily matched delimiters.

I guess that is a good first step not sure whether that would ease anything with the Jenkins collapsing plugin though :]

I think I've misunderstood the problem here, I was following this note from the task description:

A gotcha is that when no end of section is filled, the next section would be made a child. We thus have to terminate a section based on the output of an unrelated command that comes after which is not that reliable.

Yes, try it and see whether we can parse them with the Jenkins Collapsible plugin :]

I have updated the Collapsible Section rules in https://integration.wikimedia.org/ci/configure and we now have catch all:

The start section thus reuse whatever name has been defined in Quibble so we don't have to keep adjusting those rules. In the start section I exclude the characters { and , to early terminate the regex group capture in order to have shorter section name in some cases.

That will make @Krinkle life easier, he previously has spend a fair amount of time to tweak those rules.