Supporting the "For later" list requires to support both the display of the list and the action to bookmark translations to be added to the list. Considerations for both of those aspects are listed below. 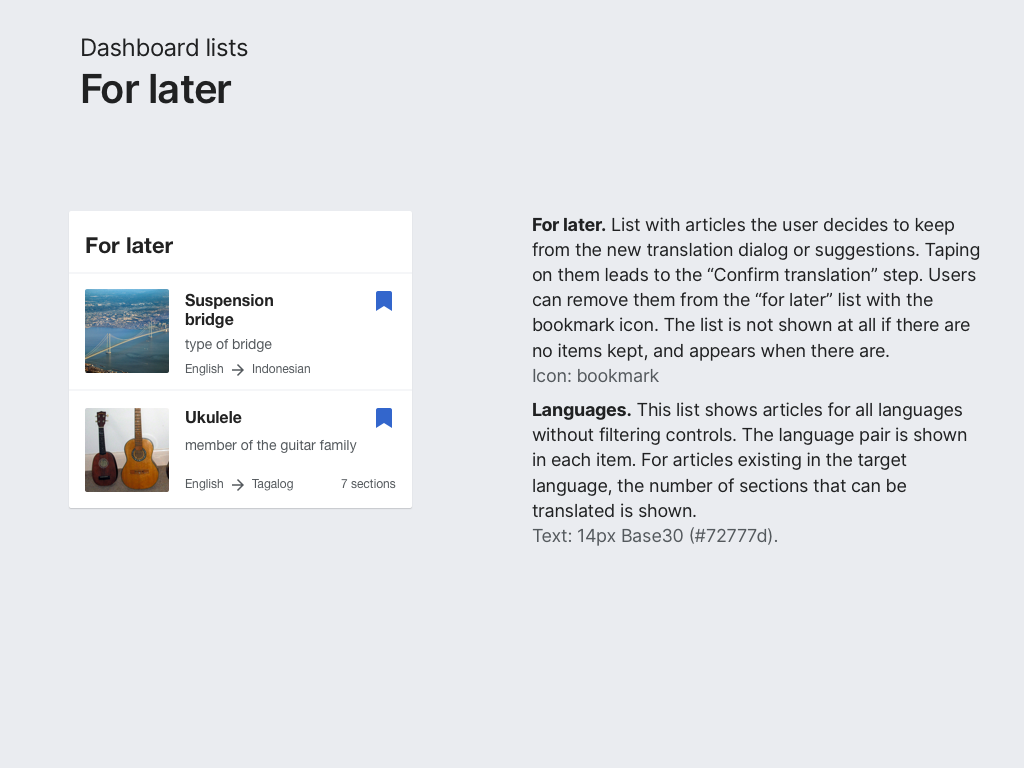 Actions to bookmark an article:

The parent ticket (T253253) includes more details about the general layout and structure of the lists on the dashboard:

waiting to be deployed in sxlabs

is this going to be done in a different task?

Looking at the implementation it seems that the "for later" list was added as a section of the "Suggestions" list. However, it should be a separate list showing above Suggestions instead (as it is in Content Translation). I'll add screenshots of both for a more visual comparison:

Given that the "For later" items get not affected by the language selector or the "Refresh suggestions" options, it is preferred to show them in their own separate list as more persistent items.

I created a follow-up ticket to capture the pending items mentioned above: T290482: Adjust the "For later" list presentation and access

If there is nothing else missing, I thing we can resolve the current ticket. Even with the above pending aspects, it is nice to see these steps towards the dashboard unification. Thanks everyone!