Currently, service is not accessible via any nice frontend. In order to generate the PDF you have to send the request to the:
https://proton-beta.wmflabs.org/{WIKI}/v1/pdf/{ARTICLE}/{SIZE}/{TYPE}) URL, where:

I have been testing today and logging results here:
https://docs.google.com/spreadsheets/d/1CdHhFDoTOfbLDCuwVViAWSFlduNE88h3mCbSKIRbKcs/edit?usp=sharing

I'll keep adding details as I go. So far, no failures that are not known issues (Example: background colors on tables https://www.mediawiki.org/wiki/Reading/Web/Projects/Print_Styles#Limitations).

Found some kerning issues also listed in this ticket - T178665

We may want a better treatment for audio files in PDFs -

Here is an example of a video file. There is a link to the video that works -

There are no 'featured' or 'protected' icons present. Here is the Barack Obama article which is both.

There are also two 'series' infoboxes in the article which do not appear in the PDF.

Note the 2 series infoboxes appear under the main article infobox. 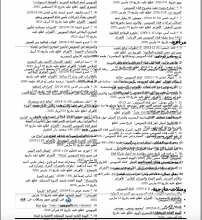 The 1st image in this article has a frame around it with a blue link in the image notes. In PDF form, only the top of the frame appears and the link is not blue.
https://ko.wikipedia.org/wiki/%ED%97%8C%EB%B2%95
https://proton-beta.wmflabs.org/ko.wikipedia.org/v1/pdf/헌법/letter/desktop 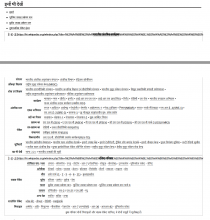 This PDF is missing a few items when compared to the article on the website. There is a small box below the infobox that does not appear in the PDF. There are also a number of collapsed tables at the bottom of the article that do not appear in the PDF.
https://ur.wikipedia.org/wiki/%D8%A7%D8%B1%D8%AF%D9%88
https://proton-beta.wmflabs.org/ur.wikipedia.org/v1/pdf/اردو/a4/desktop

This article also has tables at the bottom that do not appear in the PDF.
https://bn.wikipedia.org/wiki/%E0%A6%AD%E0%A6%BE%E0%A6%B0%E0%A6%A4
https://proton-beta.wmflabs.org/bn.wikipedia.org/v1/pdf/ভারত/letter/desktop 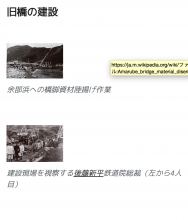 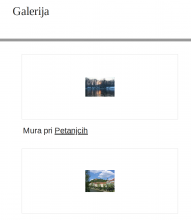 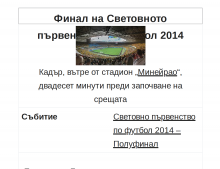 @ABorbaWMF If you missed it, this may be relevant – I'd assumed in writing the comment (after the issue had been closed) that the renderer was going to be deployed soon, rather than that it was still being tested. Summary: Images are not aligned correctly; images appear to be distorted; the inline CSS colours are gone.

The image – if from Chromium – seems a bit problematic. One of the images is still clearly incorrectly aligned, the one in the Lai King row. This is worrying, because it might mean that the new software is incorrectly rounding the image widths. (The gap between that image and the other images in the row is an empty table cell with a set width.) Several of the images (the corner pieces for the 45° tracks) did not render at all, and many of the ones which did render appear to be quite distorted (the circles should be round, and the curves in the second-last row should be smooth). I can't tell why.
Obviously, these are not problems for most images, but it would be nice if they could be fixed (if they're problems with the renderer). These diagrams are used on more than ten thousand pages across WMF wikis.
In addition, the colours being stripped makes the interchange boxes useless, and the background colour being stripped makes the fade overlays look incorrect because IIRC they are supposed to match #f9f9f9 (the old MediaWiki table background colour). However, this is more of a problem with whatever CSS is being used.

Chromium PDF has some issues with the quality of images, usually, images are printed in low-quality images. Probably Chromium has to fix it first:

I can investigate that topic, but I'm not sure if there is anything we can do right now.

Chromium PDF has some issues with the quality of images, usually, images are printed in low-quality images. Probably Chromium has to fix it first:

I can investigate that topic, but I'm not sure if there is anything we can do right now.

Sounds good - seems like we might just want to keep the original task open to note it's still an issue .

This PDF, rendered in Preview.app on macOS, has oversized text which breaks the rows of the diagram table (the images should appear to be continuous). Inexplicably, the images are still rendered at their normal size. Changing the font size is probably not good, since many pages have objects with dimensions specified in pixels.

Found a small issue with a table midway through the document.

All follow-up bugs have been opened and prioritized. I think we're done here. Thank you @ABorbaWMF!