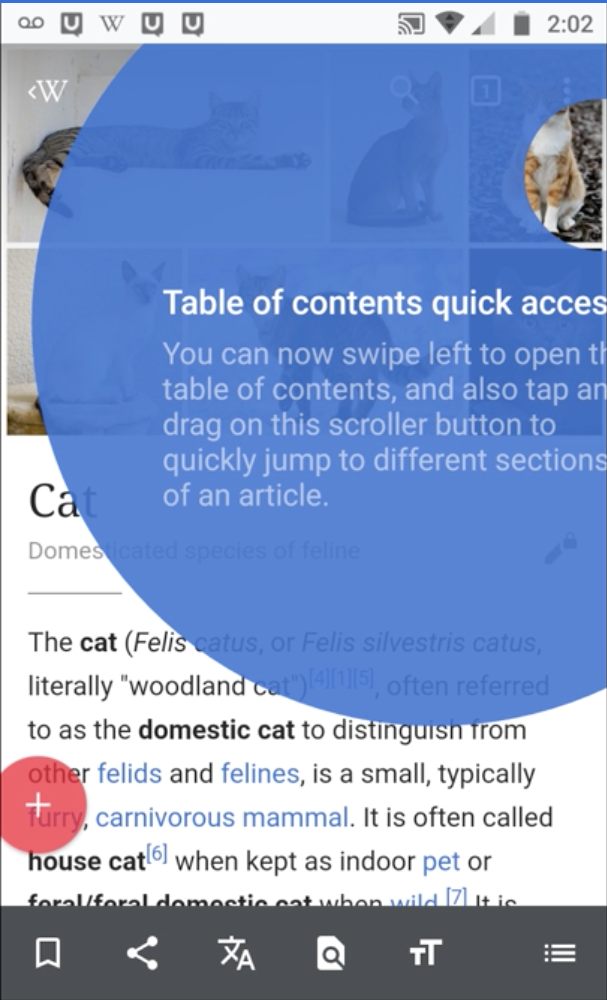 Why are we doing this?

During user testing a number of users noted that the TOC message had some of the text cut off (eg. it was running off of the right side of their screen). Additionally the focus was placed on the upper right corner where the TOC slider indicator usually appears, but the TOC slider was not visible while the message was being shown. This lead to some confusion for 2 users.

As a new user of the app, I would like to be able to read the full text of messages that are presented to me so I can better use the various features of the app, including the Table of Contents.

Mentioned In
T197178: Perform second round of usability testing on the implemented android navigation design from Jaffa release

@cmadeo - Can you add a screenshot here?

@Charlotte, sorry about that! Updated

Looks good on a Google Pixel 3 with a 412px device width.

However, my BLU screencap shows it as looking fixed as TOC text and TOC slider now have much better visibility: