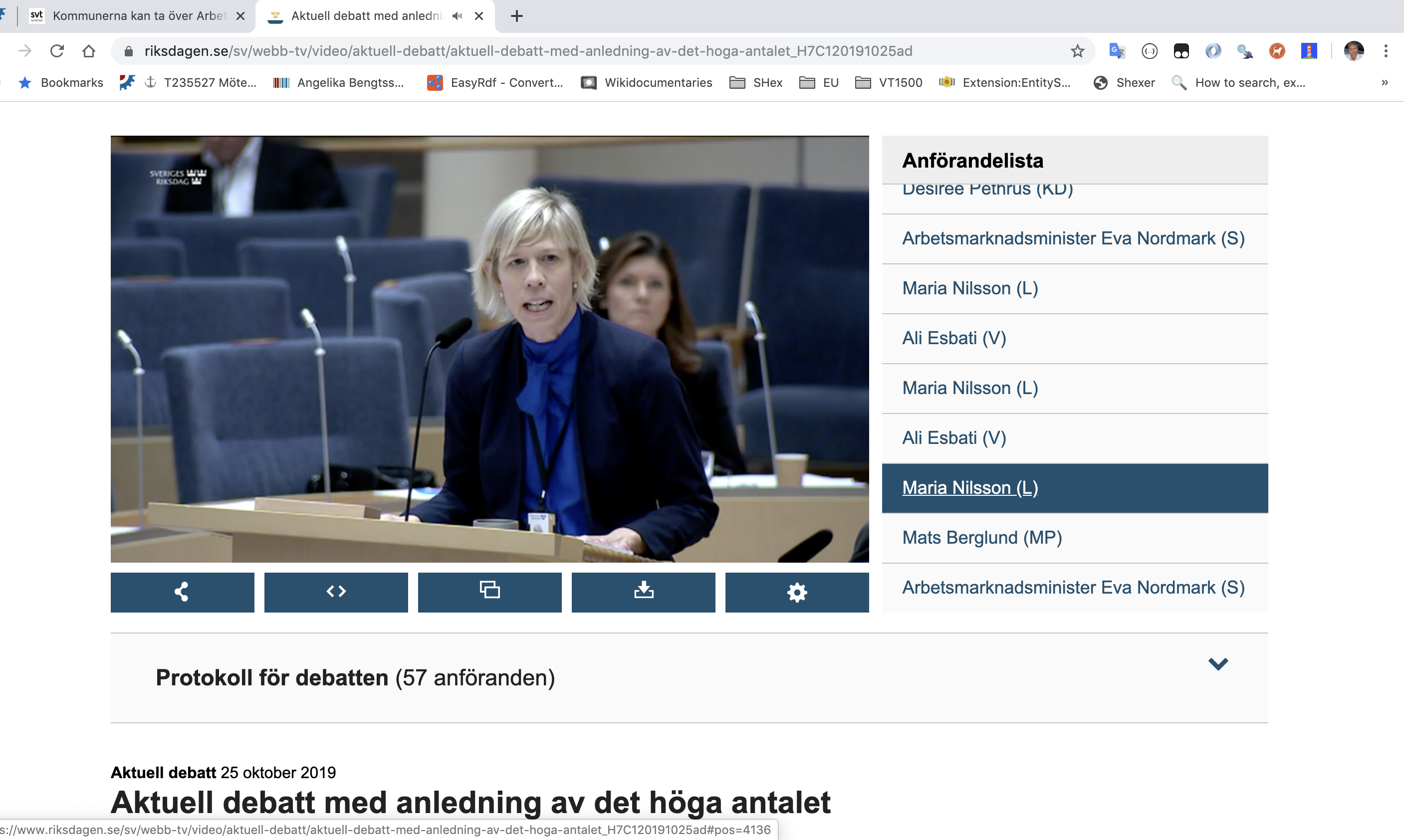 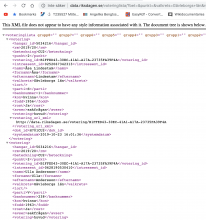 Why "a tool similar to Scholia" and not just Scholia?

;-) no good answer but guess we will have different user cases as politicians are related in other ways as researchers. You also maybe should have an parameter how they vote in the election, links to them speaking in the parliament....

My impression when speaking with the people doing the application was that they had a good understanding of IT and the importance of good structure. I played today around with the API and it feels there is no technical problem following a parliament members opinion, documents written and voting in a totally new way... And we also have the parameter of “valkrets” that Scholia doesn’t .....

But this is just my first impression....

Feels like you could get notifications when someone from your part of the country speak or a topic you have subscribed on is live...

Or if you read an Wikiarticle that is related to a Eurovoc Wikidata property you could get a feed what and who has spoken about it...

Well, as i understand it, Scholia has many different aspects that each are tailored for a specific use. It would probably be almost trivial to add views for politicians, motions, and political subject. I would suggest to actually propose that to Scholia to get their views before planning to build a tool.

We did a try asking Scholia support Kriterium.se with no success.... maybe a "plugin-architecture" could be they way forward i.e. we fork the solution they have and add functionality and if we agree we try to create "Scholia modules" that target different areas like researchers, politicians, medicine, genealogy, natural science

Sent in a question to Swedish Broadcast SR how they classify what they send see link and if there is a match with e.g. Eurovoc or Riksdagen I can see the added value and much better precision if they started to use Linked data

Hey Magnus, thanks for sending me this thread!

I didn't read everything but here's a first list of points, from the perspective of transparency, anticorruption, lobbying scrutiny...

That's all for the parliament's data. That being said, at Civic Tech Sweden, we are interested in the following data to be integrated on Wikidata:

At Civic Tech Sweden, we already started opening data and integrating it in Wikidata but in line with what I wrote above, we're focusing on data which could have an actual impact on anticorruption. We opened for example remiss data with the project OpenRemiss. We started to integrate some of it on Wikidata to create a register of lobbying organisations and individuals, the goal being to map all the interest groups in Sweden.
Something we would like to do is to link individuals (potentially former MPs or public workers) and the interest groups in which they worked after the end of their political career. That would be mostly manual as there is no existing public database but would thus hold a great value for transparency and investigative journalists. One problem might be that some of this information would be public data? Unlike public office, I'm unsure if it's possible to publish someone's job in a private organisation on Wikidata? What if it's an interest group? What if we want to publish the fact that a person is member of a club or association?

@PierreMesure I think this area is more than interesting and very complex.... The potential I see is that with Linked data we could scale solutions and use a tool like Wikidata to combine different domains.,...

There is an "Wikidata" app called Scholia were you use data in Wikidata and builds relations / citation graphs of scientific papers see link.... My guess is that we should try to have a platform like that and then connect data from more domains maybe using WIkibase.... 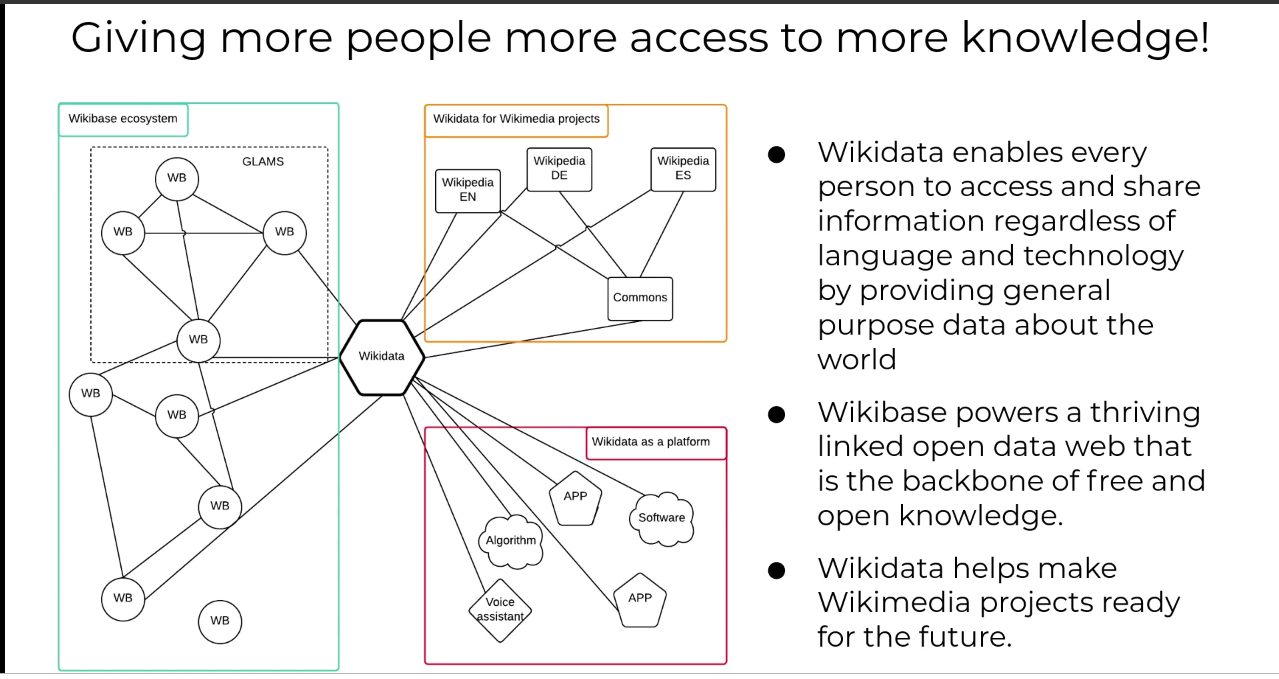 I trust you on the technical implementation, I'm just pointing out where it's worth to put efforts to have an impact in terms of transparency and anticorruption.

I'm sure @Ainali has a lot of insights from the EU parliament too.

Sure but step one is to understand who is in the parliament.... ;-)

I guess next step are