Right now, given our design choice in T70861#3129780 to trigger HTTP requests to show previews within 1second we generate a lot of needless HTTP requests as brought up in this thread:

Sam made a graph to show API utilisation https://grafana.wikimedia.org/dashboard/db/reading-web-page-previews?refresh=1m&orgId=1&panelId=15&fullscreen

We should probably abort these requests, in the client...right?

Note: Any optimizations we might do to the timeouts, we need to do without impacting time to preview. The pane https://grafana.wikimedia.org/dashboard/db/reading-web-page-previews?refresh=1m&panelId=6&fullscreen&orgId=1&from=now-2d&to=now
needs to stay around 700ms (see the other panes with TTP percentiles for more details).

Yes, the delay works perfectly right, the AJAX requests to the summary endpoint are fired after 150ms.

We fire the AJAX call after each time a user dwells on the link. When a user leaves the link and no popup is shown we should abandon the request immediately. When the user leaves the link we wait for ABANDON_END_DELAY (which is currently 300ms) and then reset the state. The problem is that the FETCH_DELAY_START is smaller (only 150ms) - what usually happens, when PagePreviews are in state ABANDON_START (which means user left the link, do not show the popup) we still send the AJAX call, even if a user is already pointing on the other link.

Yes, there is always a value in aborting requests:

Mentioned Here
T197700: Do not fire/abort AJAX request when it is not necessary
T184534: Cached page previews not shown when refreshed
T70861: Performance review #2 of Hovercards (Popups extension)

Perhaps not abort them, but keep them in the client's cache and not show them?

@mobrovac we don't show them, that's not a problem but the request still happens so probably a high percentage of hits to the endpoint are not necessary (other than keeping the cache full... which might be a good thing!).

We talked about this in grooming today. The only plus to aborting requests would be the client would not download the summary unnecessarily.

We're a bit concerned about page previews being invoked while the mouse is moving and text is being selected.
@Jhernandez @phuedx do you have any background on this? Should we also be listening for mouseout events to prevent these requests?

Something we should talk about in dev time?

There should be a 150ms delay before we fire AJAX query https://github.com/wikimedia/mediawiki-extensions-Popups/blob/master/src/actions.js#L16

it's difficult to measure 150ms. To verify if this logic works properly, we can increase the timeout from 150ms to like 2s and verify the current fetch dealy start on the local instance.

The age is never reset for cached page previews (T184534). For many articles, this means that most clients will always issue a network request for a given preview regardless of whether they've previously requested the preview or not.

ABANDON_END_DELAY has to be lower than FETCH_DELAY_START, otherwise, we trigger AJAX event after every LINK_DWELL event.

Let's check if I set the FETCH_DELAY_START to 2500ms everything still works correctly as my assumption is that the AJAX event is fired without delay:

The first couple LINK_DWELL events were just moving a mouse pointer over lin - it properly calls LINK_DWELL, then ABANDON_START, and ABANDON_END.
As you see, the selected FETCH_START happens only after 2.5s

It looks like it works, let's analyze the flow when `FETCH_DELAY_START = 150ms

The strange thing happens when I set the FETCH_DELAY_START is set to 150ms, the FETCH_START event should should happen after 0.15s 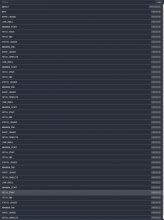 The ABANDON_START doesn't "hold" the request, it waits 300ms (https://github.com/wikimedia/mediawiki-extensions-Popups/blob/master/src/actions.js#L30), and if the mouse pointer didn't re-enter the link it resets the state.
But because the ABANDON_END_DELAY is longer than FETCH_DELAY_START we will always fire an event.
Looks close to the second screenshot,

I think we know whats going on, lets set ABANDON_END_DELAY to 150ms, and FETCH_DELAY_START to 150ms and let's see what happens

Almost everytime it fires both - abandon and fetch events.

Last try, lets set ABANDON_END_DELAY to 150ms, and FETCH_DELAY_START to 300ms and let's see what happens

It works as it supposed to do, first it ABANDON_START, then ABANDON_END and no FETCH_START is called. When I'm moving the mouse I do not fire any AJAX requests. Although, if I keep the mouse pointer over the link for more than 150ms and then move the mouse pointer away it will trigger the AJAX call (fetch will start after 300ms, ABANDON_END will come after 300ms). But with that settings, AJAX events are not fired after each LINK_DWELL event.

Jdlrobson assigned this task to pmiazga.Jun 13 2018, 6:40 PM
Jdlrobson moved this task from To Do to Doing on the Readers-Web-Kanbanana-Board-Old board.
Comment Actions

Seems like this should be in "doing". Please correct me if wrong!

We fire the AJAX call after each time a user dwells on the link.

To clarify this do you mean 150ms after a user dwells on the link? I'm guessing the 150ms is so minimal that it's essentially 100% the time but I want to make sure I completely understand.

Thanks for the clear answers @pmiazga
So it sounds like your proposal is that ABANDON_START should abort any pending API requests? Is that correct?

So it sounds like your proposal is that ABANDON_START should abort any pending API requests? Is that correct?

I'd recommend LINK_DWELL. There's already logic to determine if there's a new interaction being started (when we would want to abort in-flight requests) for that action.

We fire the AJAX call after each time a user dwells on the link.

To clarify this do you mean 150ms after a user dwells on the link? I'm guessing the 150ms is so minimal that it's essentially 100% the time but I want to make sure I completely understand.

yes, the delay is 150ms after the LINK_DWELL - it doesn't matter if any other state is called in the meantime, code always wait 150ms and fires AJAX request.
I did some testing, and when I move the mouse quickly (like I want to move to a link in the middle of the article) usually I dwell on couple links on the way, the time between LINK_DWELL and ABANDON_START for a link that was on the path of mouse pointer is usually less than 100ms.

Thanks for the clear answers @pmiazga
So it sounds like your proposal is that ABANDON_START should abort any pending API requests? Is that correct?

I think that the best approach is to:

Thanks for looking into this. Next step is to estimate T197700