Similar to T89889, this RFC proposes a simple path to split presentation vs data by relatively small refactoring of the existing API to use objects instead of strings. More at https://www.mediawiki.org/wiki/Requests_for_comment/Business_Layer_Architecture_on_budget

Can we talk about this in next week's RFC meeting?

Yes, was about to ask you))
I will write up some examples

Summary (please correct me if it's wrong or incomplete): 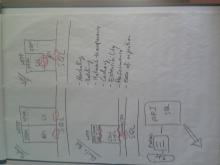 (click the image to see it the right way up)

Next steps:
Code experiment to get an idea of the cost of refactoring

Decline as per discussion at the Hackathon in Leon documented above. Now clarified by T169266: Clarify recommendations around using FauxRequest.