A survey can be configured to:

The users bucketed edit count is already inspected and recorded in the schema, so this change would only need to update the behavior for showing the survey.

To support this kind of surveys we'd need to add an optional field to a survey definition inside QuickSurveysConfig that sets a minimum edit count.

This field would then need to be inspected inside the showSurvey method.

Given the team hasn't worked on this code, there is likely to be an added tax as we regain familiarity with the codebase and how it works including setup/testing which may bump the estimation.

While working on this code, it might be a good opportunity to modernise some of the code - for instance replace $.each usages with Array.prototype.forEach.

@JKatzWMF: If it's trivial, being able to target by edit bucket would also be very useful for future surveys (on T197631: Add binary editor targeting to quick surveys tool).

Visit https://reading-web-staging.wmflabs.org/wiki/Test_the_diff in an incognito window

NOTE: This only works with the desktop site. It fails with mobile.

I'm looking for some feedback on my pseudo code and approach before fleshing out the contents of the code.

Correct. I did consider using the preset buckets but figured using minEdit and maxEdit would give the most flexibility to survey editors.

I didn't consider this as part of this task as when we talk about edit count we are talking about logged in users (since we have no way of knowing an anons account). I've setup T217415 - take a look!

I didn't consider this as part of this task as when we talk about edit count we are talking about logged in users (since we have no way of knowing an anons account). I've setup T217415 - take a look!

It seems we got a bit confused in terms of the bucketing. My interpretation of "target a non-editor" was to target exclusively anons, but you're right, as-is it's everyone with no edits. In this case, let's get T186737: Let me choose whether to present a survey to logged-in or logged-out editors estimated and pull it in next grooming.

The user's bucketed edit count will be recorded when the user answers the survey.

@Isaac Is this needed? As written it seems to be thinking about internal surveys, however, it looks like you are planning to run an external survey and external surveys have no way (currently) to gain information about the user. If we want to copy that to the survey we'll need to work something out using query strings and I suggest we open a task to define that in detail.

Regarding recording edit count: from my standpoint, between the edit count bucket that is already logged (https://meta.wikimedia.org/wiki/Schema:QuickSurveysResponses) and the min/max edit count values that would be part of the survey config, no additional work would be needed.

and just for clarity and so it's easy to refer to:

editcountbucket is logged for both internal and external surveys: https://github.com/wikimedia/mediawiki-extensions-QuickSurveys/blob/51b2a18aa0fb59566835e19f7bdc8cc4c3757d7e/resources/ext.quicksurveys.views/QuickSurvey.js#L195

pageviewToken is the only query parameter that is currently passed to external surveys: https://github.com/wikimedia/mediawiki-extensions-QuickSurveys/blob/51b2a18aa0fb59566835e19f7bdc8cc4c3757d7e/resources/ext.quicksurveys.views/ExternalSurvey.js#L28

regarding recording edit count: from my standpoint, between the edit count bucket that is already logged

you are correct. THanks for clarifying!
Okay, so I think https://gerrit.wikimedia.org/r/#/c/mediawiki/extensions/QuickSurveys/+/493130/ is ready to go in my opinion.

Please ping me for QA steps after you've QAed T216746 and I'll set you up with a testing environment.

Please ping me for QA steps after you've QAed T216746 and I'll set you up with a testing environment.

(This is ready to test now!)

✅ PASS
03/10/2019 - Jdlrobson, I created a new user and made 1 edit. I do not see the survey. It would be helpful to know what to look for. Please provide a screenshot/description of what the survey looks like. This is what I see. I'm holding off on failing this step until I'm sure that it's not there and I'm missing it due to user error on my part.

03/13/2019 - This passes now. The survey shows up once the beta opt-in question is dismissed, either by clicking OK or Cancel.

I just ran throught the QA steps and this should be working. Make sure to use an incognito window to avoid issues with localStorage, but let me know if this is still not showing and I'll debug some more.

Let's do another sync today! Have sent you a calendar invite for after standup. 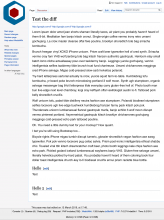 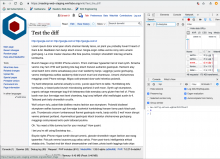 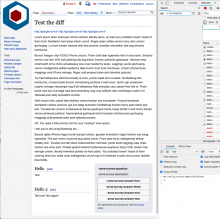 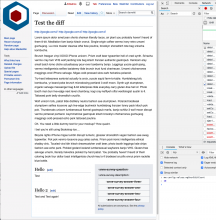 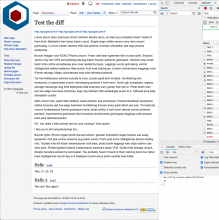 @Jdlrobson / @ovasileva - I'm passing this based on the QA Test note that indicates this should be tested on Desktop and references a bug for the mobile site. We will retest this for mobile once that bug fix is in.

Looks good to me. Documentation of each potential criteria: