Assigned To
None
Authored By
Tags
Subscribers
View All 25 Subscribers

@Perhelion might help and could create a basic SVG when agreed upon heraldry.

Duplicates Merged Here
T197555: Change syntaxhighlight icon to something else than a previously signature pensil

Note: I at least OPPOSE any mentions of "<>" as that really conflicts with SyntaxHighlight , NO MORE Geshi or Pygments hinting here

It is agreed that one conflict shouldn’t be replaced by another one.

What about coloured lines in Tetris style?

There has a lot of debate around the icons already. See T164441: Replace CodeMirror icons with new icons

We were using [[ ]] for the test release but there were several complaints about that not being a meaningful icon and people easily happened to miss it because it was unclear what that would do.

At this point, since the extension has been rolled out across wikis and is being used by a lot of users already, it's not possible to make significant changes to the icon as it'd leave those people confused by the change.
We can attempt to improve the pencil icon though but most likely we'd have to wait for more people to complain about it.

Interesting, the same discussion three months ago. I came in two days ago.

A unique, distinguished logo/icon is needed for new functionality.

Today I learnt that the pencil is a marker. Not really a visible difference.

My recent suggestion has been to fill the square with coloured lines, the Tetris way, and the marker might be placed on top for a transition period. Perhaps fading out one day after community used to look at the colours. 50 shades of grey when inactive.

The pencil/marker looks exactly as the edit button at Flow etc. – not really intuitive, I would expect writing rather than highlighting. There is a box at the upper right corner of this page, and the first line is headed by – a pencil. And which functionality is triggered?

If I shall be able to distinguish between pencil and marker the pen needs to become much broader than today. However, there is a cultural problem: In some countries text markers might have been not very common, and young generation did not experience paper work with text markers, nor did they ever touch a circular dial plate on a phone device.

@PerfektesChaos I agree that the current highlighter icon is not very distinct from the pencil, and that the connection between a highlighter pen and the syntax highlighting feature is not a perfect metaphor.

The original icon that the CodeMirror extension was using was a colored "spray" of circles, which you can see in the following screenshot. The inactive state was black-and-white.

The design team felt that that icon was too different from the rest of the icons in the toolbars and menus. They asked us to use OOJS style icons, and worked with us to find one that would work.

The second version was a pair of curly brackets, which, as you said, is an overused icon with no real meaning anymore.

The highlighter pen was the third version of the icon, and one that we arrived at as a compromise. You can see the discussion on T164441: Replace CodeMirror icons with new icons.

I think the design team would object to a colorful Tetris-lines icon for the same reason that they did for the original, colorful icon. I agree with you that this icon is not the perfect fit for this feature, but we spent a few months talking about this, and we don't really have any interest in starting over again.

If someone has a great idea for an icon that would describe this feature at a glance and fit in visually with the OOJS UI icon set, then I'd be very happy to take a look, but it's not a quest that our team can spend any more time on. Sorry.

And what if the pencil icon would be just changed a little to a highlighter icon with looong drawed line like this:

This is an unresolvable conflict.

@Dvorapa: I am afraid this is not self-explaining and obvious enough, and stll looks like a pencil or signature when at button size.

I asked my fellows to suggest a coloured icon, might arrive next days.

@PerfektesChaos: VisualEditor/OOJS-UI doesn't support multi-colored icons. The icon has to be OOJS-UI since we want to be able to load syntax highlighting in the new Wikitext editing mode of VisualEditor as well. So in other words, the icon has to be monochrome (unless we want different icons in different editors).

@matmarex Side note: The metaphor is not in its name but in its usage. Highlighter or marker colors text on paper and MediaWiki-extensions-CodeMirror colors text too, but on computer. But I agree this icon is not really so much different from pencil and not really unique at all.

Here some examples how it could look like (after suggestions by @PerfektesChaos): 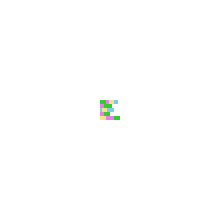 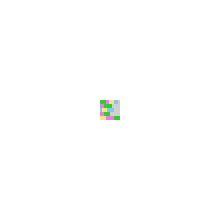 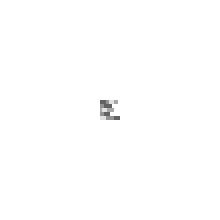 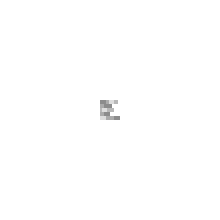 @matmarex: CodeMirror performs a very similar function to what highlighters/markers do: it visually highlights text with color. I admit it's not perfect, but I haven't heard any better suggestions yet. Maybe it could be made more visually distinct though (and closer to the OOUI icon).

Note that we have to use an OOjs-UI icon for syntax highlighting within the 2017 Wikitext editor. That interface is constructed using OOjs-UI, so the only choices we have are the icons in https://github.com/wikimedia/oojs-ui/tree/master/src/themes/wikimediaui/images/icons. Of those icons, the highligher icon seemed like the best fit. It also seemed like a good idea to use a similar icon in the regular old Wikitext editor, so that editors migrating from one editor to the other might associate them both with the same feature. Technically, we could use a multicolor icon in the regular old Wikitext editor, but it would have to have a discernible on/off state. Perhelion's suggestions are a nice idea, but they look a bit like a bar chart to me.

I said last month: "If someone has a great idea for an icon that would describe this feature at a glance and fit in visually with the OOJS UI icon set, then I'd be very happy to take a look."

@Perhelion, I don't think that the icon you made describes the feature; I'm not sure what it's supposed to represent. It also doesn't fit in with the existing icon set.

I'm going to close this ticket. I agree that the existing icon is imperfect, but it's the best we have available, and I don't want to waste people's time creating icons that we're not going to use.

Note: I at least OPPOSE any mentions of "<>" as that really conflicts with SyntaxHighlight , NO MORE Geshi or Pygments hinting here

I OPPOSE this, as in real there is no conflict, in the end it is visual nearly the same thing. So it is also suggestive to have a SIMILAR icon. <> is also used as OOjs icon for the JS codeeditor.
I suggest an icon with:

! In T174145#3652265, @kaldari wrote:
Note that we have to use an OOjs-UI icon for syntax highlighting within the 2017 Wikitext editor. That interface is constructed using OOjs-UI, so the only choices we have are the icons in https://github.com/wikimedia/oojs-ui/tree/master/src/themes/wikimediaui/images/icons.

I know a little about OOjs-UI and it seems to me that there is an opportunity (maybe not documented) to use any icon (I mean that not only icons in the set).

I agree.
Here the promised other icon suggestions: 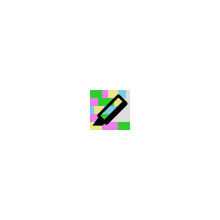 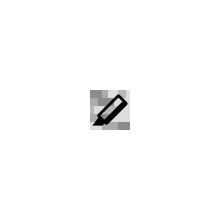 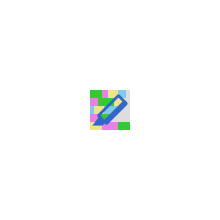 ! In T174145#3652265, @kaldari wrote:
Note that we have to use an OOjs-UI icon for syntax highlighting within the 2017 Wikitext editor. That interface is constructed using OOjs-UI, so the only choices we have are the icons in https://github.com/wikimedia/oojs-ui/tree/master/src/themes/wikimediaui/images/icons.

I know a little about OOjs-UI and it seems to me that there is an opportunity (maybe not documented) to use any icon (I mean that not only icons in the set).

Yes, but the 2017 Wikitext editor enforces monochrome icons. So we can't have colored icons, for consistency.

We have almost 5000 users using this feature on enwiki alone. I don't think it's worth risking confusing all those people by changing the icon, just to satisfy a few.

Sorry, I said that I was closing this yesterday, and then didn't actually close it. @Perhelion, I really appreciate your willingness to help. It's really hard to indicate that something is being colored using a monochrome icon.

There is one that you posted, which I think is clever -- the highlighter icon touching the brackets, as if it's coloring them in. But shrunk down to the size it needs to be (somewhere around 25px), I don't think that comes across very well. I think we're going to keep using the icon that we're using, and I don't want to waste your time and creativity on something that I don't think is likely to change. Thanks for sharing your work with us. 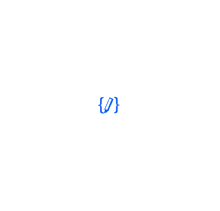 FYI you can override the icon for yourself or on your wiki using the CSS class .oo-ui-icon-highlight, which is given the .oo-ui-image-progressive class when active.

Just a little side note: I like the last four @Perhelion ideas, but in case of 25px icons ... maybe just one bracket would do:

Instead of bothering you with another duplicate of this ticket, I'm going to reopen it, because I find the icon heavily misleading and actually stressful.

See, I just can't find the syntax highlighting feature when it is hidden behind such a generic, misleading icon. I know the feature must be there because it was announced, but I always find me searching for it. What I see instead is this:

See, I don't want to "cut" anything from the wikitext. What I want is colored wikitext, a.k.a. syntax highlighting. I assume the icon is meant to resemble a text marker, but this generic rectangle is to far away from how a text marker actually look like. I did an image search for existing "syntax highlighting" symbols, and considering the requirement for it to be black and white, this is the best I came up with (not from Google, but an original creation by me, feel free to use it):

Did the UI-Standardization team had a chance to look at this? Maybe a text button is easier than struggling to find some universally understood symbolism that can act as a stand-in for a concept as complex as "syntax highlighting"?

Instead of bothering you with another duplicate of this ticket, I'm going to reopen it, because I find the icon heavily misleading and actually stressful.

I totally agree with that.

There is more annoying accordance with some other old usual icons, similar to any signing feature.

Also, the very similar editor switch icon could be replaced by a cut mix from Visual and Source editing.

I agree that the current icon is completely unintuitive. This is my suggestion for the best way to indicate highlighting without using any color: 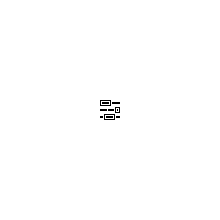 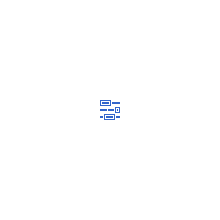 (No idea why this happened.)

UI standardisation tasks shouldn't be tagged against the OOUI library until a decision has been made that specifically something should change there, rather than just "somewhere".

This is not about "somewhere" but about two icons that are both part of OOUI: https://doc.wikimedia.org/oojs-ui/master/demos/?page=icons&theme=wikimediaui&direction=ltr&platform=desktop#demo-section-editing-styling